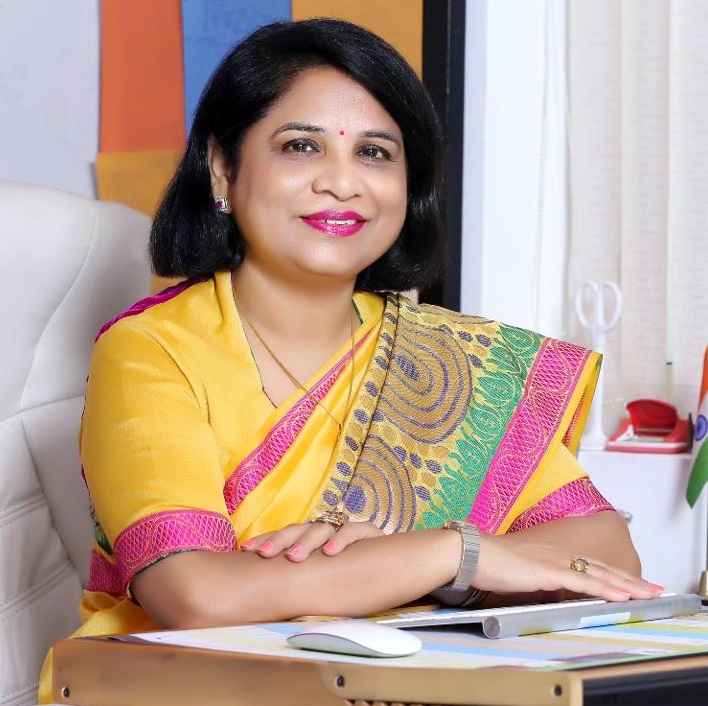 Dr. Madhu Chitkara participates in a Panel Discussion at TiECON 2018 on the topic – She Means Business.

Chandigarh: Dr. Madhu Chitkara was part of the panel discussion on the topic “She Means Business” at TiECON Chandigarh 2018 on 9th March 2018. TiECON Chandigarh was aimed to create an energizing entrepreneurial environment for start-up founders to get inspired and take off. It brought together diverse, innovative and dynamic ventures and showcase an expert ecosystem that ignited entrepreneurial minds.
Along with Dr. Madhu Chitkara (Vice-Chancellor of Chitkara University), other members who were part of the exciting discussion were Priyanka Agarwal – CEO of Wishberry, Tanya Goyal – Executive Director of Mogae Consultants and Neetu Prabhakar – Mrs. India International 2017. The panel discussion started of on a general note of what are the issues that an women comes across in her road to entrepreneurship in India.
As a part of the panel discussion, Dr. Madhu Chitkara said, “At Chitkara University, the staff ratio women to men is in the aspect of 60:40 which proved to be a successful combination in the field of education. There is no discrimination or disliking of each other on a gender bias at a work place as all of them are on a mission to achieve their goals and tasks. The word ‘women’ contains ‘men’, so it’s all about how good you are at work and liking or disliking between men and women does not arise.”
Speaking about her experience of becoming an women entrepreneur, Dr. Madhu Chitkara said, “We being well known academicians for a long time decided to start something of our own in 2002. With my husband being a strong academician, I have picked up the role of going to regulatory authorities to get the things going for our organization. It was tough feeling at that point of time for a women to go after the government authorities to make things happen. I have decided to take this as a challenge and made it happen. In the process, I have learnt how to be patient and this experience I had initially is helping me run the university successfully today. Everything depends on your mindset.”
With some stats and facts which reciprocate the main discussion topic, Dr. Madhu Chitkara concluded saying, “At Chitkara University, we have about 130 patents filed and 70% of the patents were filed by women. Also Chitkara University as a part of its corporate social responsibility adopted 5 villages and started training the women from these villages. 2000 women from these villages are now working in Chitkara University. Women stand for their work ethics and men bring in the will power to get things done and their combination as a team has done wonders at Chitkara University. The stats revealed are in favour the topic being discussed – She Means Business.”