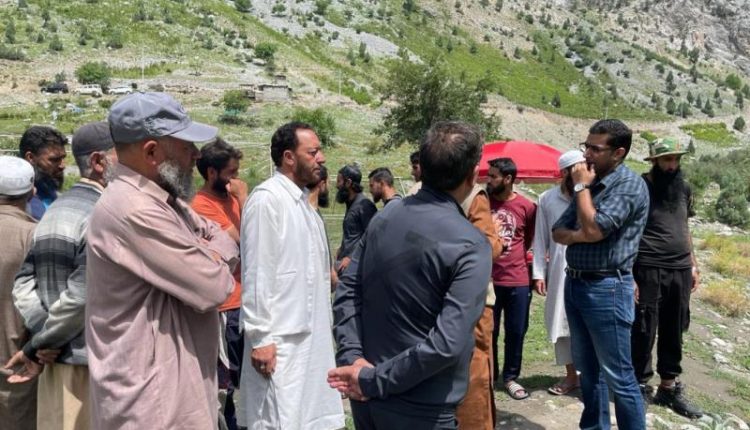 Meanwhile, Secretary held interaction with locals, students, youth, women besides members of District Development Council, Block Development Councils and local NGos. He also had series of meetings with the local sports groups and teams who sought various facilities in the field.

Group of 15 Students flagged off for Bharat Darshan Tour…

Dr Shahid also had discussion with representatives of local tribal communities of Dard-Shina regarding steps being taken up for preservation of tribal culture, education and livelihood besides basic infrastructure and other related services.

Secretary highlighted government’s initiatives towards development of tribal areas especially in the field of education, health and infrastructure sectors apart from special focus on youth and skill development. He assured immediate steps by the tribal affairs department towards redressal of various issues of nomads besides extension of flagship schemes of tribal ministry to all uncovered areas.

Regarding transhumance settlement of migratory tribal Gujjar and Bakkerwal population of Rajouri and Poonch, Secretary obtained feedback on issues being faced by the community during migration and camping.

“The Tribal Affairs Department is at advance stage of resource planning and long term 20-years perspective plan for tribal development which included focused support for migratory tribal population as well as tribal village development. The schemes are being launched in a phased manner during current financial year”, Secretary maintained.

The representatives from migratory tribal hamlets were informed about schemes on anvil for their welfare including transit facilities, migration support, livelihood projects, health and veterinary services apart from new initiatives in education. Besides, feedback was also obtained about the resource-planning socio-economic survey of tribes, a first-time exercise aimed at long term perspective planning for migratory tribal welfare.