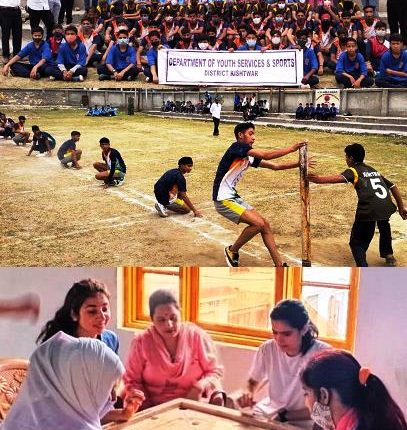 KISHTWAR : Drabshalla and Paddar zones outshined in the inter Zonal District Level competitions including Kho-Kho for U-14 and U-17 boys and Carrom for U/19 Girls here at Government Girls Higher Secondary School.

The Kho-Kho competition for U-17 boys and Carrom for U/19 Girls was won by the teams of zone Drabshalla, while U/14 Boys Kho-Kho was won by zone Padder by defeating zone Nagseni.

Earlier, the DYSSO inaugurated the event and interacted with players belonging to different zones.