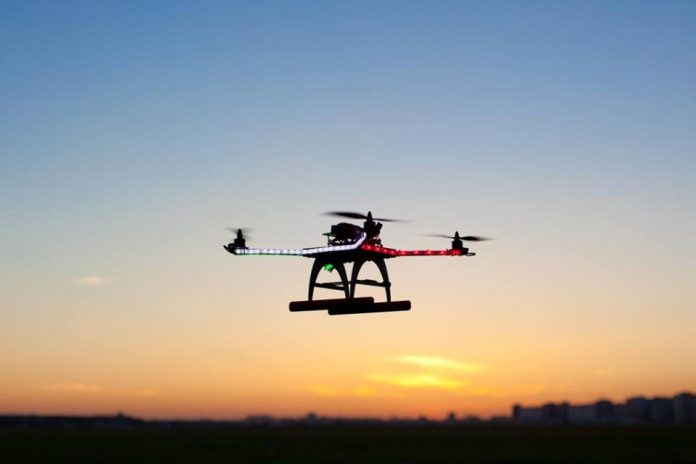 New Delhi: Amazon may have been the first company to begin drone testing for commercial use, but that was back in 2013. Since then, the interest in these mostly four (quadcopters) or six (hexacopters) engine little flying objects has skyrocketed over the past years. A major reason of this sudden increase in popularity of the drones was their affordability and easy access to the public. Not only in the technological spaces but entrepreneurs in the medical industry have also begun prototyping and testing several of these drones that can be used for a range of purposes. Manoj Akula pursuing Electronic engineering with specialization from UPES, Dehradun produced a gimbal inspired drone. He applied design thinking to make this drone project reliable, realistic and consumer-friendly.

Manoj has built this quadcopter with carrying capacity from 1.5 kg to 10 kg, potentially making it a piece of cake to deliver required medication at a fraction of the cost. He aimed to design a drone that could take off vertically, like a quadcopter, transition to winged flight and land vertically to perform its delivery for which he worked with computer simulations and optimized aspects of the drone; creating a further aerodynamically optimized wing with airfoil design techniques.

This delivery drone can be effectively used for disaster relief by delivering aid, including water and medical supplies to affected areas. Manoj has set his sight on creating a network of ‘flying things’ to deliver critical medical supplies to inaccessible areas all across the country. His ambition may be set very high, but with one billion people living with no access to all-season roads, there is certainly plenty of room for improvement.

Along with offering hands-on experience with drone technologies, now UPES and its faculty hopes their courses can also foster skills in robotics, aerodynamics, user-centered design, and systems engineering that their students can apply to careers even beyond drone design. Manoj’s drones will hopefully catch the eyes of medical practitioners especially in the defence services, whose efforts will be strengthened with such a resource in their fight against problem of access to emergency aid in inaccessible terrains.