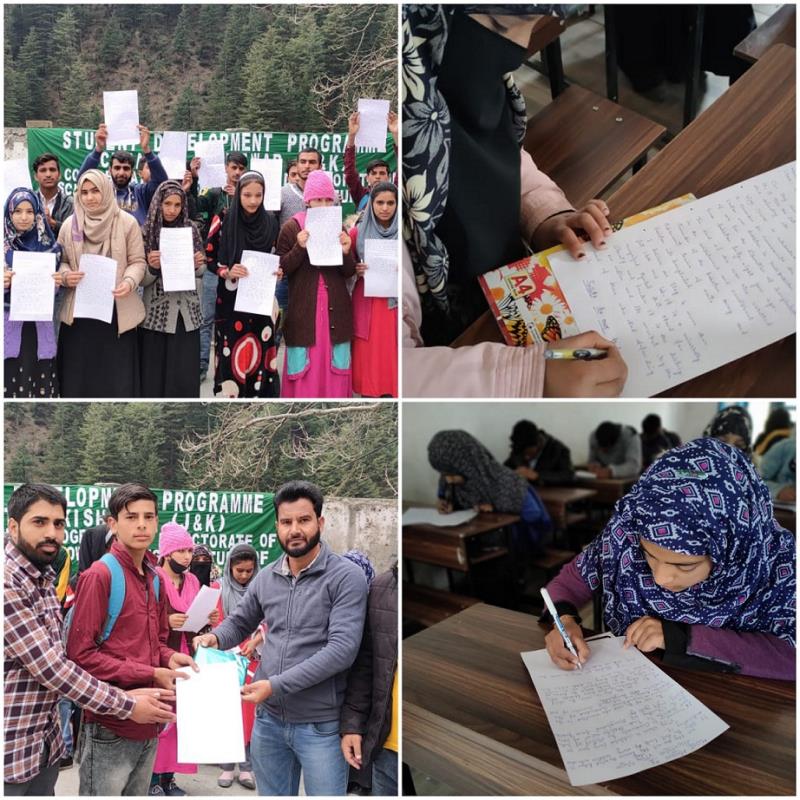 A total 108 students participated in the competition to exhibit their talent, reflecting the enthusiasm and confidence despite coming from very remote areas of the district Kishtwar.

The theme of the essay writing competition was ‘Swarnim Vijay Varsh’, commemorating the historic victory of India in Indo-Pak war of 1971. The students wrote with confidence on the topic in Hindi and English, proving once again that given an opportunity they are able to showcase their inherent talent and skills.

Asmat Bashir of Class 11th bagged the first position in the competition, while Numan Malik of class 12th secured the second position with Vishal Thakur of Class 12th bagging 3rd position. Jaffer Ahmed, Faisal Mattoo and Muzaffer Hussain were the judges for the event.

The winners of the competition were awarded gifts by the army officials and Faisal Matoo, Incharge Students’ Development Centre’ chatroo.

It is pertinent to mention here that Directorate of School Education Jammu, in collaboration with Indian Army is running a ‘Students’ Development Programme’ at Higher Secondary School Chatroo with the intent to augment and aid the holistic development of students coming from remote areas. Taking forward the motto of the initiative, competitions are organised every Saturday to inspire other students in the area and to promote a positive outlook amongst the generation next.