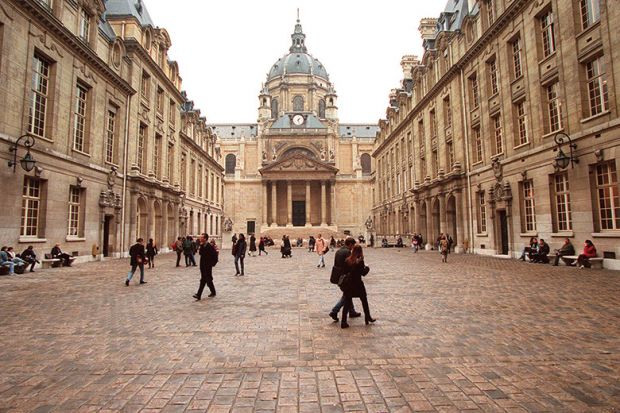 Educational Continuity During the Health Crisis

What are the tools for pedagogical continuity at a distance?
Among the proposed tools, there is the pedagogical platform Moodle. Widely used in all three faculties, it offers a range of activities from a simple document repository to online exercises and forums. The professors also have Panopto at their disposal: a multimedia server, coupled with Moodle, which enables them to record lessons by integrating teaching aids. Other tools such as Zoom are also popular for real-time videoconferencing. The Wooclap tool offers live interaction through questionnaires, real-time surveys, and more.

A new tool for this second confinement is BigBlueButton. “This tool, integrated into the Moodle platform, offers many possibilities of interaction to revitalize courses. In particular, it offers video conferencing to create virtual classes. The professor can ask questions, create quizzes, form groups, share an interactive board with students, and other activities”, explains Sabine Bottin-Rousseau, project manager for innovative pedagogies in the framework of the European University project, the 4EU+ Alliance. It offers the possibility of setting up a real active pedagogy.”

Better digital acculturation
During this second confinement, those in charge of digital educational services noticed the community is becoming more accustomed to these different tools. Professors have made a lot of progress since the spring,” says Sabine Bottin-Rousseau. Since they have a better mastery of the tools, they are more dedicated to the pedagogical aspect. They are looking to make their classes more interactive. Some colleagues have completely adapted their activities with scripted lessons. Some of the resources that are being developed today could be used in the future for truly hybrid training.”

The context has also changed. If the first confinement took place at the end of the academic year, this time it started in the middle of the first semester. For Yannick Mahé, Director of the SPN, the situation is not comparable: “In the spring, the medical students had almost no further classes and were preparing for exams. Today, we are at the beginning of the year and the need to continue the courses is massive.”

Reinforced support
In addition to the technical aspects, the pedagogical services continue to accompany the teaching community on a daily basis. “At the Faculty of Science and Engineering, we have opened new rooms that are equipped so teachers can record courses in optimal conditions,” says Capsule’s director, Vanda Luengo. As in the Faculties of Arts & Humanities and of Science and Engineering, the pedagogical services at the Faculty of Medicine has also remained open, in compliance with health regulations, to accompany colleagues who cannot record their courses from home.
The three departments have also strengthened their academic offer. In the Faculty of Medicine, for example, the SPN offers 15 slots in courses throughout November for each of the five tools (Panopto, Wooclap, BigBlueButton, Zoom and Moodle). These academic sessions are given primarily to the digital representatives from each academic department: “A network of relay people was set up between the two confinements,” explains Yannick Mahé.


The limits of complete remote learning
Even if the feedback testifies to a global adaptation of the teaching community to digital tools, the departments warn against a sudden shift towards complete remote learning. “As in the first confinement, we are in a logic progression of adaptation in the face of a crisis situation,” insists Thomas Joufflineau. While some professors have been able to think about adapted distance learning courses, this is not the case for all of them. “We couldn’t decently ask colleagues, already exhausted by the first confinement, to review their courses in their entirety, in anticipation of a potential new confinement,” says the Vice-Dean. And Vanda Luengo continued: “We do not believe in massive distance learning. A well-constructed hybridization from a pedagogical point of view is for us an interesting solution, but it cannot be improvised.”

To ensure that all students can, in this context, follow their education courses properly, Sorbonne University has set up, from the start of the academic year, a system that enables them, under certain conditions, to receive a laptop or obtain a discount on the purchase of their computer equipment. “This offer is valid all year round,” says Thomas Joufflineau.

International universities are committed to promoting justice between the generations

Treatment for drug addiction – how do patients cope in lockdown?

University of California, Los Angeles: Levels of a certain hormone could predict or…

Stevens Institute of Technology: Four Women to the Big Four: Immediate Success for…

University of California, Los Angeles: Levels of a certain hormone could predict…

iednewsdesk Apr 6, 2022
Physicians may be able to determine if menopause-related bone loss is already in progress or about to begin by…