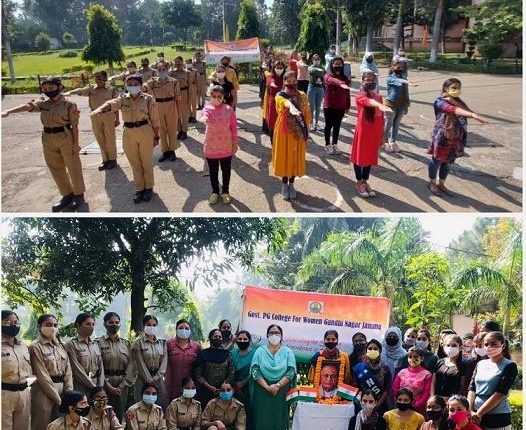 NSS unit organised a Quiz competition on life and achievements of Sardar Vallabhbhai Patel, which witnessed participation of 152 students. In another activity on the topic ‘Inspiration al Quotes of Sardar Patel’ 42 volunteers showcased their talent.

GDC Ukhral: Government Degree College Ukhral celebrated “Rashtriya Ekta Diwas.” The staff and Students took a pledge to work for unity and integrity of the Country. The patron of the College Dr. Ranvijay Singh highlighted the contribution of Sardar Vallabhbhai Patel and saluted his grit and sacrifices for nation. The participants vowed to dedicate themselves to work for the unity of nation.

An essay competition on the topic “Life and achievements of Sardar Vallabhbhai patel” was also held. Over hundred students participated in the programme. The winners of the competition were Mohammad Isaq, Ansoya Devi, and Mashqoor Ahmad.

Lt Governor pays tributes to Sardar Patel on his Birth Anniversary; Greets people on the occasion of Rashtriya Ekta Diwas