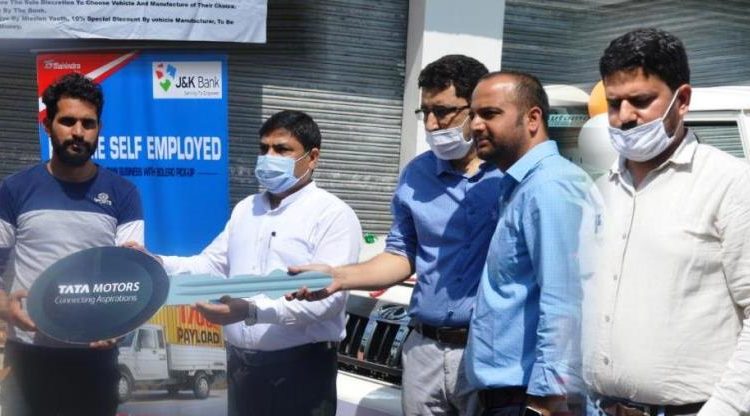 POONCH  : Eight unemployed youth Poonch district became the proud owners of commercial vehicles by availing the benefits of flagship employment scheme MUMKIN launched by the LG administration in the Union Territory of Jammu and Kashmir.

Deputy Commissioner, Inder Jeet handed over the keys of subsidized small commercial Vehicles (load carriers) to the beneficiaries under the third phase of Mumkin scheme, here at a function which also coincides with the celebration of Azadi Ka Amrit Mahotsav- India @75.

The Deputy Commissioner said that the government is committed to provide gainful and dignified employment and Mumkin scheme provides an ample opportunity to those interested to opt for the transport sector to earn their livelihood.