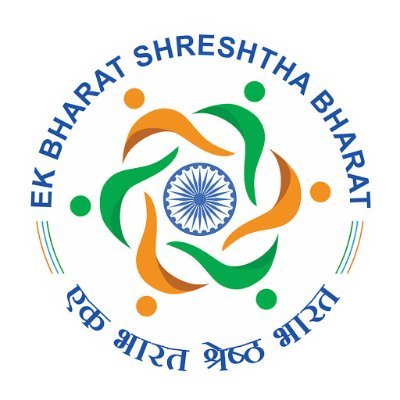 New Delhi: It has been decided to take forward the Ek Bharat Shreshtha Bharat programme of the Government by using innovative ways in view of the prevailing conditions of COVID 19.

Welcoming the participants, Shri Amit Khare briefed about the implementation of the programme so far, stressing on the need to have innovative ways to carry it forward in view of the prevailing conditions of COVID 19. Secretary D/o SEL, Smt. Anita Karwal also emphasized upon the need to show tangible outputs.

During the meeting a presentation was made on the progress of EBSB so far.

Speaking at the meeting, Secretary, Ministry of Tourism, Shri Yogendra Tripathi informed that institutions under Tourism ministry are organising webinars on various aspects of tourism. The ministry is doing a series of webinars under the series “Dekho Apna Desh”, being hosted on MyGov portal. These webinars are being attended by thousands of people. He also suggested that such webinars can be organised for tourism stake holders of different states such as Tour Operators etc. Secretary, Higher Education suggested that the recordings of “Dekho Apna Desh” and other webinars can be displayed on the educational channels and in breaks during online classes.

Secretary, Ministry of Culture, Shri Anand Kumar stated that they are also organising various webinars. He suggested all webinars of different Ministries should be brought under a common platform of Ek Bharat Shreshtha Bharat. He further suggested that e- programmes can be prepared on various topics such as writing dramas, paintings , virtual tours of monuments, etc He further informed that the Culture Ministry proposes to develop E- Heritagepedia and E- Artist pedia and also suggested that renowned artists can do virtual programme modules to teach their art. Secretary D/o SEL welcomed the idea and said that schools would be very interested in classes on indigenous art like Worli and Madhubani paintings.

Secretary, Department of Youth Affairs, Smt. Usha Sharma appreciated the use of digital medium for conducting the EBSB programmes. She said with this, the reach of these programmes can be enhanced greatly. She also suggested for sharing of digital material prepared by different departments. Secretary, HE suggested that the inputs may be collected from all the Ministries at a single platform. Secretary, D/O SEL suggested they could be hosted on a digital platform.

CEO, My Gov.in, Shri Abhishek Singh said that they are developing a mobile App for learning 100 sentences in different languages. He also said that MyGov can host webinars of various departments and also disseminate information about their programmes.

Joint Secretary, Ministry of Information & Broadcasting, Shri Vikram Sahai suggested that apart from the information of various states being shared through TV, Radio and Print Media, good practices and success stories of each state may also be shared with the partner states. He also suggested all departments can pool in their digital resources and DD News can use their weekly EBSB programme to host destination based programmes. JS (ICC), Ms Neeta Prasad suggested that each Ministry should share their future monthly action plan in advance with Ministry of Information & Broadcasting for wider coverage.

Executive Director, Ministry of Railways Smt. Vandana Bhatnagar, briefed about the steps taken by them for providing concessions to the students participating in various EBSB programmes and on displaying the logo, Video display etc on railways property. She said that these activities will be up taken afresh once regular movement of trains start.

The officers of Ministry of Home Affairs, Ministry of Defence, Ministry of Parliamentary Affairs and Department of Sports briefed about the activities taken up prior to the lockdown period and activities proposed to be started.

At the end of the meeting, Secretary, HE summarised important actionable points as follows:

To move towards digital mediums for the carrying on the activities under EBSB by each participating Ministry/ Department.
To organise webinars on Ek Bharat Shreshtha Bharat themes for their wide dissemination.
To have a common repository for the Ek Bharat Shreshtha Bharat digital resources that can be used by every Ministry. This repository may be hosted on a common portal.
iv A revised communication plan needs to be made and Doordarshan’s 30 minute weekly programme on EBSB should be destination based with inputs from all ministries

HRD Minister interacts with heads of 45,000 Higher Educational Institutions through a Webinar in New Delhi