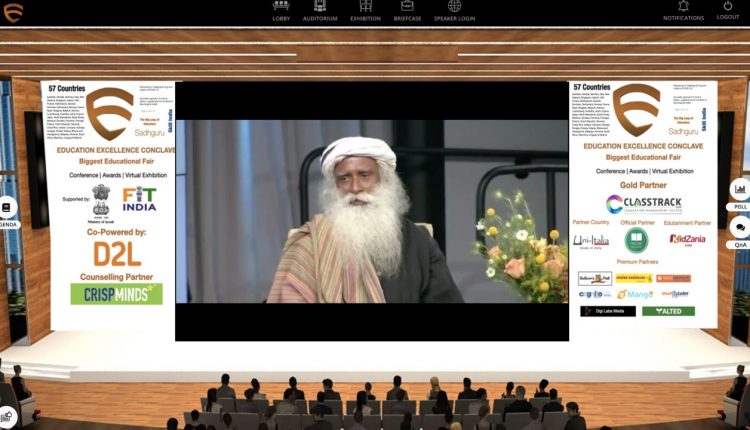 New Delhi: In the year 2020, the world witnessed massive academic disruption because of the school/college closures caused due to the COVID-19 induced lockdown. Students were forced to stay indoors and it took some time for the world to come to terms with the digital delivery of education. India was no different and was affected more because of the digital divide that separates the haves from the have nots.However, students and teachers quickly adapted to the changed circumstances and online education became the new normal. During this period, some stories became an inspiration for the rest of us. These were of the educators and students who braved immense odds (like lack of access to basic resources, unfavourable family circumstances, digital divide, and lack of access to governmental/institutional support) to set exemplary standards of excellence in education.

We at Ekk Updesh organised “Education Experience Conclave” on 18th & 19th June 2021. This event was conceptualised on the following pillars:

These pillars along with the following factors enabled Ekk Updesh to host the Biggest Educational Conclave Virtually:

1. Supported by: Ministry of Ayush (India), FIT India, Ministry of Education (UAE), Skill India & NSDC (through VLCC Institute )
2. Mediation sessions by Sadguru on both days
3. Country Partner: Uni-Italia, Co-Powered By: D2L, Counselling Partner: Crispminds, Gold Partner: Class Track & Official Partner: YaClass
4. 8335 Login Clicks were received for this Event during the 2 days of the Event
5. 57 countries were invited for this event from which 2785 Nominations were received by Ekk Updesh & after the screening process, 84 Institutes/Educationist were Saluted at the Biggest Educational Platform of 2021

With the smiling facing & testimonies of the participant, Ekk Updesh is motivated to host its next event in the field of Education following the guidelines of the Government & COVID norms