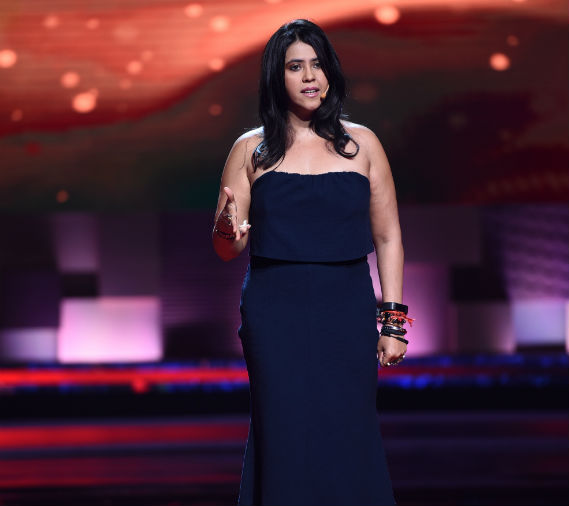 Mumbai: Who doesn’t know about the astrology fetish of TV czarina Ekta Kapoor and the fact that it has given her audience some of the best of entertainment on television and big screen?! So when Ekta was invited to deliver a talk on the subject of ‘Power to Women’ on the most innovative show of the year – TED Talks India Nayi Soch – on Star Plus, she brought her fetish along!

Delivering a special speech on her achievements, declaring herself as the woman who brought social issues onto the small screen especially the cases of domestic violence that women suffer in our real world. She spoke about the power of television reminding everyone, “It is television which gave us Shah Rukh Khan.”

As she concluded on the witty note of getting a chance to make a real-story inspired movie which gave her a long-lasting silver screen recognition far and wide, she also revealed that, “My favourite film is The Dirty Picture”.

All this and so much more in 5 minutes and 40 seconds by the clock!