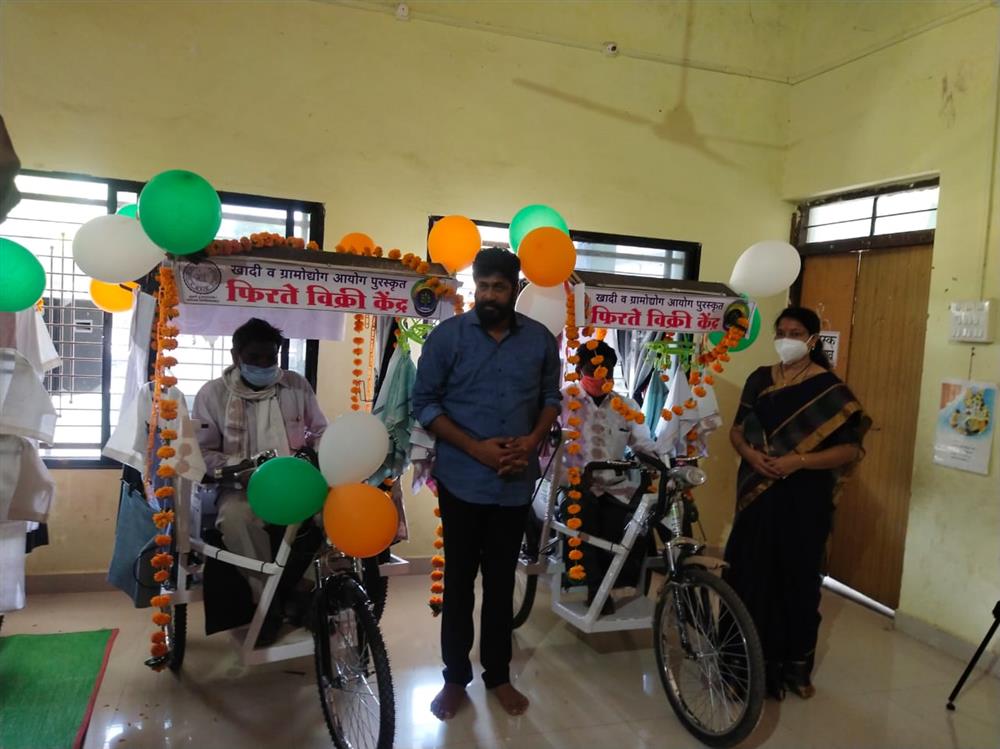 This program was conducted at Purnaamay Divyang Help Centre Tonglabad in Chandur Bazar taluka today in an online form and it was presided over by Union minister Shri Gadkari.

Shri Gadkari further said that this is very joyous occasion whereby divyang people can sell articles in nearby areas and can earn gainful employment through that. Khadi and village Industries Commission should run more such programs which will generate self employment for the people. Achalpur taluka and Nandgaon Peth MIDC where the textile sector is booming has large scope for such initiatives. KVIC can create employment for Divyang and other people and should also create awareness about the same.