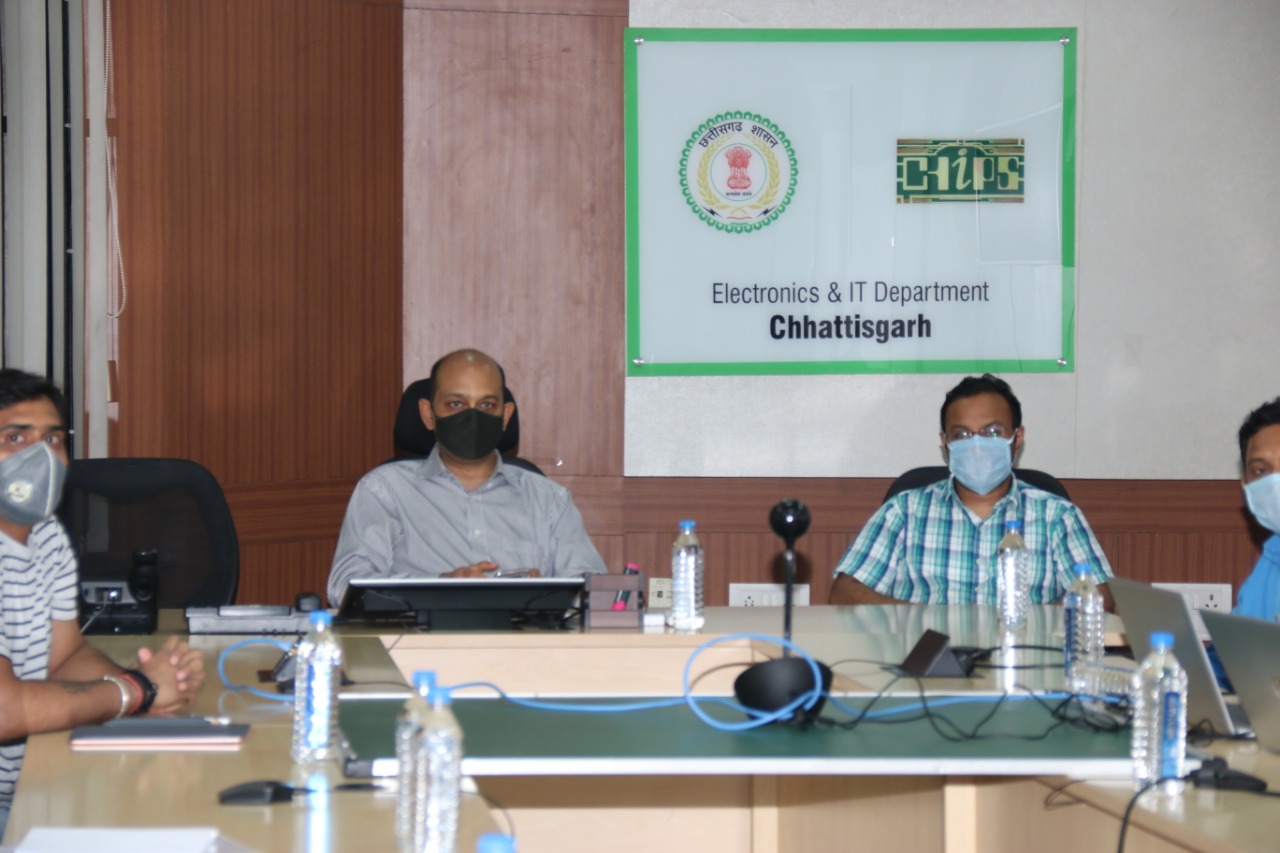 Raipur: Chief Minister Darpan website and mobile app prepared for monitoring Chhattisgarh Government’s ambitious Suraji Gaon Scheme and other flagship schemes, has been awarded “Elites Excellence Awards-2020” at the national level. The state of Chhattisgarh has been awarded this honor by the country’s prestigious IT institution Elites Technomedia, New Delhi under the ‘Digital India initiative’. A three-day virtual conference is being organized in the country from 10 to 12 July. This virtual conference was inaugurated by Union Minister Shri Nitin Gadkari in New Delhi on 10 July and Chhattisgarh was given an e-certificate on this occasion.

It is worth mentioning here that on the special initiative of Chief Minister Mr. Bhupesh Baghel, during the Corona pandemic period, for the monitoring of Chhattisgarh Government’s Suraji Gaon Yojana and other flagship schemes, Chief Minister Darpan website and mobile app were chalked out by Chips, which were released last month on June 10 by Chief Minister Mr. Bhupesh Baghel. The purpose of this website and mobile app is to directly monitor the flagship schemes of Chhattisgarh Government from Chief Minister’s Secretariat and provide real time information to the common citizens.

Shri Subrata Sahoo, Additional Chief Secretary, Department of Electronics and Information Technology, said that Chief Minister Darpan Website and Mobile App have been awarded “Elites Excellence Awards-2020” in the Government category under innovation for monitoring important schemes of the State Government. He informed that this conference has been organized to encourage innovation in the Government IT sector in the country during the Covid-19 period by identifying the innovations made for civic convenience. In this virtual conference, Additional Chief Secretary of CHIPS Shri Subrata Sahoo, CEO Mr. Sameer Vishnoi and senior officials of CHIPS were present through video conferencing. During the conference, the state of Chhattisgarh was conferred with “Elites Excellence Awards-2020” and the officials received congratulations and best wishes for this achievement.