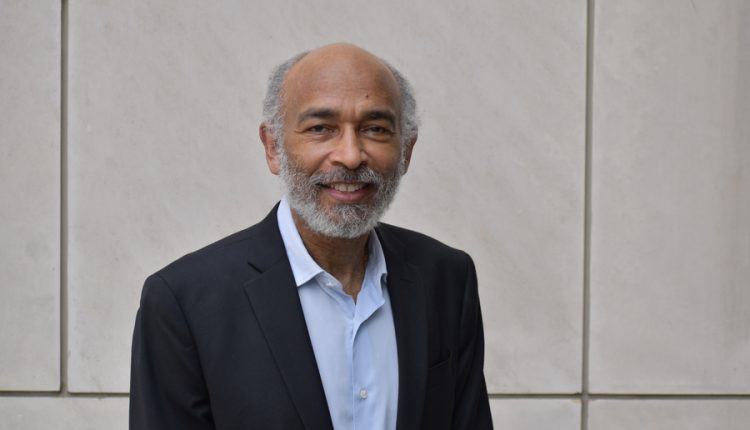 The Gruber Foundation announced on May 17 that Emery N. Brown, the Edward Hood Taplin Professor of Medical Engineering and Computational Neuroscience at MIT, has won the 2022 Gruber Neuroscience Prize along with neurophysicists Laurence Abbott of Columbia University, Terrence Sejnowski of the Salk Institute for Biological Studies, and Haim Sompolinsky of the Hebrew University of Jerusalem.

The foundation says it honored the four recipients for their influential contributions to the fields of computational and theoretical neuroscience. As datasets have grown ever larger and more complex, these fields have increasingly helped scientists unravel the mysteries of how the brain functions in both health and disease. The prize, which includes a total $500,000 award, will be presented in San Diego, California, on Nov. 13 at the annual meeting of the Society for Neuroscience.

“These four remarkable scientists have applied their expertise in mathematical and statistical analysis, physics, and machine learning to create theories, mathematical models, and tools that have greatly advanced how we study and understand the brain,” says Joshua Sanes, professor of molecular and cellular biology and founding director of the Center for Brain Science at Harvard University and member of the selection advisory board to the prize. “Their insights and research have not only transformed how experimental neuroscientists do their research, but also are leading to promising new ways of providing clinical care.”

Brown, who is an investigator in The Picower Institute for Learning and Memory and the Institute for Medical Engineering and Science at MIT, an anesthesiologist at Massachusetts General Hospital, and a professor at Harvard Medical School, says: “It is a pleasant surprise and tremendous honor to be named a co-recipient of the 2022 Gruber Prize in Neuroscience. I am especially honored to share this award with three luminaries in computational and theoretical neuroscience.”

Brown’s early groundbreaking findings in neuroscience included a novel algorithm that decodes the position of an animal by observing the activity of a small group of place cells in the animal’s brain, a discovery he made while working with fellow Picower Institute investigator Matt Wilson in the 1990s. The resulting state-space algorithm for point processes not only offered much better decoding with fewer neurons than previous approaches, but it also established a new framework for specifying dynamically the relationship between the spike trains (the timing sequence of firing neurons) in the brain and factors from the outside world.

“One of the basic questions at the time was whether an animal holds a representation of where it is in its mind — in the hippocampus,” Brown says. “We were able to show that it did, and we could show that with only 30 neurons.”

After introducing this state-space paradigm to neuroscience, Brown went on to refine the original idea and apply it to other dynamic situations — to simultaneously track neural activity and learning, for example, and to define with precision anesthesia-induced loss of consciousness, as well as its subsequent recovery. In the early 2000s, Brown put together a team to specifically study anesthesia’s effects on the brain.

Through experimental research and mathematical modeling, Brown and his team showed that the altered arousal states produced by the main classes of anesthesia medications can be characterized by analyzing the oscillatory patterns observed in the EEG along with the locations of their molecular targets, and the anatomy and physiology of the neural circuits that connect those locations. He has established, including in recent papers with Picower Professor Earl K. Miller, that a principal way in which anesthetics produce unconsciousness is by producing oscillations that impair how different brain regions communicate with each other.

The result of Brown’s research has been a new paradigm for brain monitoring during general anesthesia for surgery, one that allows an anesthesiologist to dose the patient based on EEG readouts (neural oscillations) of the patient’s anesthetic state rather than purely on vital sign responses. This pioneering approach promises to revolutionize how anesthesia medications are delivered to patients, and also shed light on other altered states of arousal such as sleep and coma.

To advance that vision, Brown recently discussed how he is working to develop a new research center at MIT and MGH to further integrate anesthesiology with neuroscience research. The Brain Arousal State Control Innovation Center, he said, would not only advance anesthesiology care but also harness insights gained from anesthesiology research to improve other aspects of clinical neuroscience.

“By demonstrating that physics and mathematics can make an enormous contribution to neuroscience, doctors Abbott, Brown, Sejnowski, and Sompolinsky have inspired an entire new generation of physicists and other quantitative scientists to follow in their footsteps,” says Frances Jensen, professor and chair of the Department of Neurology and co-director of the Penn Medicine Translational Neuroscience Center within the Perelman School of Medicine at the University of Pennsylvania, and chair of the Selection Advisory Board to the prize. “The ramifications for neuroscience have been broad and profound. It is a great pleasure to be honoring each of them with this prestigious award.”

Aakash+BYJU’S launches its New Classroom Centre at Kondapur in Hyderabad; 7th in the city

India Education Diary Bureau Admin May 26, 2022
The Gruber Foundation announced on May 17 that Emery N. Brown, the Edward Hood Taplin Professor of Medical…