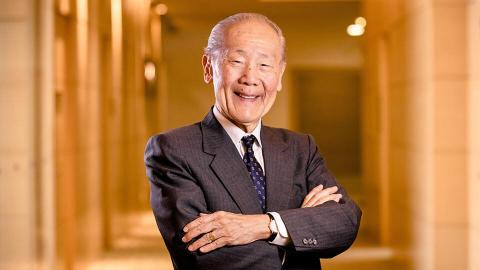 The 2020 Tang Prize in Sinology has been awarded to Professor Wang Gungwu, University Professor at NUS Arts and Social Sciences and one of the world’s foremost experts on the Chinese diaspora.

Announced on 20 June 2020 by the Tang Prize Foundation, this prestigious award was conferred on Prof Wang in recognition of his trailblazing and dissecting insights on the history of the Chinese world order, overseas Chinese, and Chinese migratory experience.

As a leading scholar on Sino-Southeast Asian historical relations, Prof Wang developed a unique approach to understanding China by scrutinising its long and complex relationship with its southern neighbours. His erudition and critical discernment have significantly enriched the explanation of China’s changing place in the world, traditionally developed from an internalist perspective or in relation to the West.

Prof Wang said, “It is a great honour to be awarded the Tang Prize in Sinology. When I was a student, Sinology was part of Oriental Studies and associated with classical studies, guoxue (国学) in China, Hanxue (汉学) in Japan and Europe. It was centred on ancient philology as the foundation for the study of literature, philosophy and history. The four previous awardees, Yu Ying-shih at Princeton, Ted de Bary at Columbia, Shiba Yoshinobu at Tokyo and Stephen Owen at Harvard, started with the study of classical Chinese. Yu and de Bary went on to enrich our knowledge of intellectual history while Shiba did the same for social and economic history. Although Owen is best known for his contributions to literature, his work on literary theory has illuminated key features of the historical imagination.”

“I am a historian who believes that China’s present cannot be separated from her total past. Living all my life outside China, I am fascinated by the way China had fallen and risen several times. Each time that happened had made a difference to the course of world history. For us to understand why that could happen requires us to go beyond the humanities to the social sciences. I am gratified that modern Sinology now recognises the centrality of shi (史) in Chinese civilisation,” he added.

One of Asia’s most important intellectuals

Prof Wang Gungwu has been University Professor at NUS Arts and Social Sciences since 2007, and Emeritus Professor of the Australian National University since 1988. He is Foreign Honorary Member of the History Division of the American Academy of Arts and Science and former President of the Australian Academy of the Humanities. Prof Wang received his BA and MA from University of Malaya (UM) in Singapore, and PhD at SOAS, London.

Spending much of his life immersed in different cultures gives Prof Wang diverse personae as a scholar. He is an “insider” in the academic tradition of Chinese Confucianism and British elite education, and an “outsider” in the interpretation of China’s perception of the world. His original approach to understanding China from the southern perspective is in part a natural choice given his personal experience. This same experience provided him with abundant inspiration in his formative years as he matured into an authoritative voice in the analysis of China’s worldview.

Besides being an outstanding scholar, Prof Wang has been an inspiring educator since he embarked on an academic career first at UM and subsequently at the Australian National University, before making his mark as Vice Chancellor of the University of Hong Kong from 1986 to 1995, Chairman of the Institute of East Asian Political Economy from 1996 to 1997, and Director of the NUS East Asian Institute from 1997 to 2007.

At 89 years old, Prof Wang is still very prolific as a scholar. “I am writing on Chinese hopes and fears following China’s opening and reforms, focusing on the period after the People’s Republic of China’s entry into the United Nations in October 1971,” he shared.

And when asked how COVID-19 has impacted him, Prof Wang said, “COVID-19 has moved me away from my routines and made me parcel my life more carefully and take into account how much time I might have to get my work completed.”

The biannual Tang Prize consists of four categories, namely Sustainable Development, Biopharmaceutical Science, Sinology and Rule of Law. It aims to promote the interaction and cooperation between cultural and technological research so as to find a 21st century path to the sustainable development of the world.

KU Leuven: Belgian libraries and universities raise money for the reconstruction of…

iednewsdesk Jun 22, 2021
Houston’s share of homeowners is dropping, and a growing number of renters interested in buying a home find…

KU Leuven: Belgian libraries and universities raise money for the…

University of Texas at Austin: New Study on Climate Change Impacts on…

University of Warwick: Personality traits relate to being a morning or…