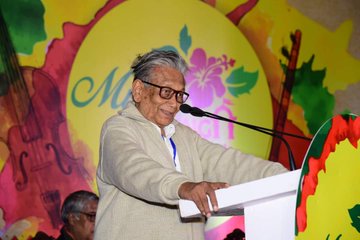 New Delhi: Eminent litterateur, editor and columnist Manoj Das passed away while undergoing treatment at a hospital in Puducherry on Tuesday evening. He was 87.  He had been suffering from age-related ailments and admitted to the hospital for past few months.

Das was a foremost bilingual Odia writer and a master of dramatic expressions both in his English and Odia short stories and novels.

Das edited The Heritage, published from Chennai in 1985-1989. He wrote columns in several leading English dailies.

Das was born on February 27, 1934 in Shankari village in Baleswar district.