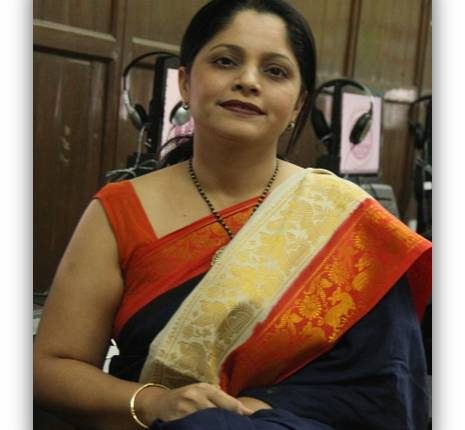 New Delhi: Mental health illness’ are on the rise in the country owing to the stressful lives adults and children are leading. While technology is making advances to get people closer virtually, it is also impacting the mental health of the younger generation – there is a significant rise in the number of anxiety attacks, panic attacks and other stress related mental illness’. Co- Founder and Co-CEO of Furtados School of Music. Ms. Dharini Upadhyaya`s passion for music motivated her to pioneer and standardize musical education in India. Working with 150+ schools across India, Dharini strongly believes music helps children relieve stress and create well balanced personalities.

“Emotions are the quintessential example of music’s effect on mental health. The term we call mood is typically formed by a combination of sounds. As a result, music psychology shapes feelings. Music has been shown to have a positive influence on emotional and mental well-being, including improving mood, controlling anger, depression, anxiety, and stress. The only thing to be mindful of is which form of music affects which condition. It has been observed that one’s musical preferences may have a substantial effect on an unbalanced mind, causing one to feel different at the end of each track” said Co- Founder and Co-CEO of Furtados School of Music. Ms. Dharini Upadhyaya.

She also added “On World Health Day, I’d like to encourage the ‘Future of our Country’ to keep playing and learning music so that this investment in creative education will prepare them for the workforce of the twenty-first century. The sense of pleasure and speech that music playing provides is an added bonus. Do not underestimate the power of music and go for your freedom of tune, as our Prime Minister did during the pandemic when he got us together by making music with utensils. With the aid of music, our youth will be able to hold their emotions in check and practice self-discipline that will largely help in eradicating health issues”.