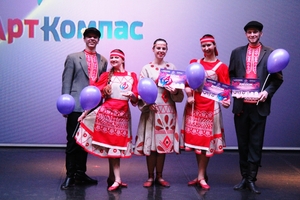 Ensemble of PetrSU “Karelian Souvenir” – laureate of the choreographic competition

Both numbers were awarded with 1st degree Laureate diplomas. After the competition, a meeting was held with the expert council, at which its members shared their impressions and wishes.