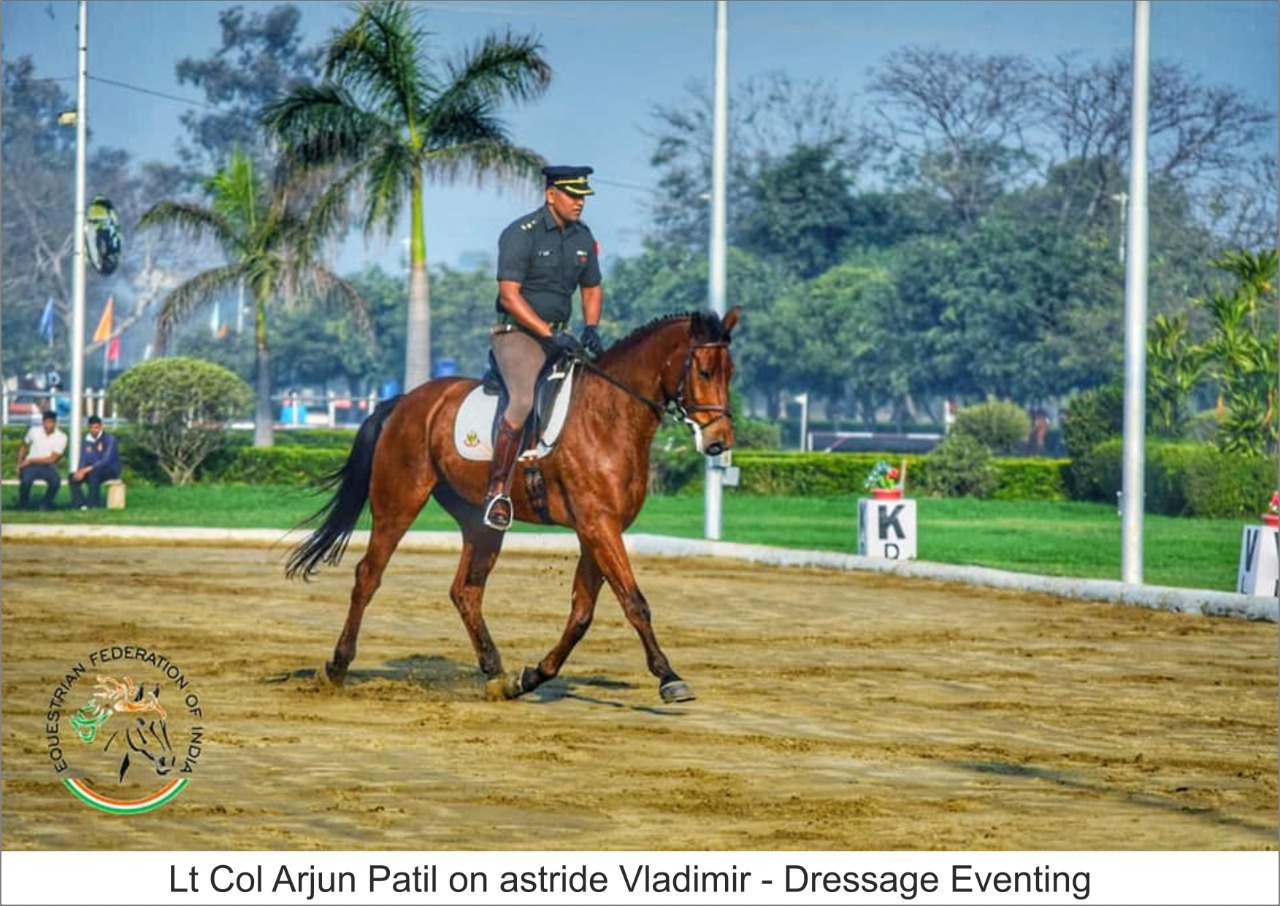 New Delhi: The FEIEventing Competition will be held at Army Polo and Riding Centre (APRC), Delhi Cantt from 12 – 15 Nov 2020.

The tournament is held over four days with veterinary inspection on the first day, Dressage test on the second day, Cross-Country test on the third day and Show Jumping test on the last day.

Dressage test is held in an arena of 60m x 20 m with markers placed on the outside of the arena at fixed distance. The horse rider combination has to perform various movements like halt, walk, trot, canter etc as per the sequence given in the test. Each movement is marked out of 10 marks and the cumulative average of each judge is counted towards the final dressage score which is expressed in the form of percentage.

On the next day, Cross-Country is conducted for the horse & rider combination over a specified length of course with pre-determined obstacles within a fixed time limit. Any refusal accrues 20 penalties on the first occasion at an obstacle and 40 penalties for the second refusal at the same jump. Third refusal at the same obstacle leads to elimination. Fall of either rider or the rider/horse combination leads to elimination.

The last and final leg of the event is the Show Jumping which is conducted in a Show Jumping arena of size 60m x 40m. For each drop/refusal, 4 point penalties are awarded and on the third refusal the combination is eliminated.

The cumulative scores of all three tests contribute to the final standing.EFI is categorised as “priority” sport by Ministry of Youth Affairs & Sports (MYAS) since theIndian Team won an individual and team Silver in 2018 Asian Games. Eventing discipline has been traditionally the strength of India wherein maximum no of medals have been won in the past Asian Games.

The start of these FEI level events in India is part of preparation for 2022 Asian Games to be held in China.Approx 50 prominent riders and 60 horses are likely to participate and compete in a fierce contest for the podium.