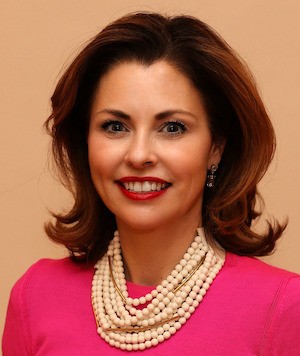 King Sweeney brings years of experience as a practicing attorney and former elected official on Long Island. As councilwoman and majority leader in the town of Hempstead, King Sweeney was known for developing deep relationships across the political spectrum and using these friendships to forge solutions to seemingly intractable problems. A fierce advocate of downtown development and economic opportunity, King Sweeney was a champion for the working class.

Former Representative Steve Israel, director of the Institute of Politics and Global Affairs, said, “Erin brings a strong reputation and wide respect from both sides of the aisle as a former Republican elected official in New York. Her leadership skills and diverse network of public servants will help bring our institute to the next level as a platform for diverse, unique and bipartisan discourse on critical issues for the Cornell community and beyond.”

The mystery behind the high abundance of Lithium in some…

Adherence to the Constitution should be a collective effort…

King Sweeney brings her experience as a practicing attorney and president of King Sweeney Strategies LLC to the Institute of Politics and Global Affairs. King Sweeney also serves on the board of the Cradle of Aviation Museum in Garden City, New York.

“I am deeply honored to serve Cornell and Congressman Israel’s shared mission of advancing political dialogue during these challenging times. I look forward to examining tough issues in a meaningful and productive way,” King Sweeney stated.

The institute specializes in nurturing the next generation of public servants by curating programs to deepen the discourse and raise understanding of both domestic and international affairs. King Sweeney will work hand in hand with political and global leaders, direct programming and oversee all Institute functions.