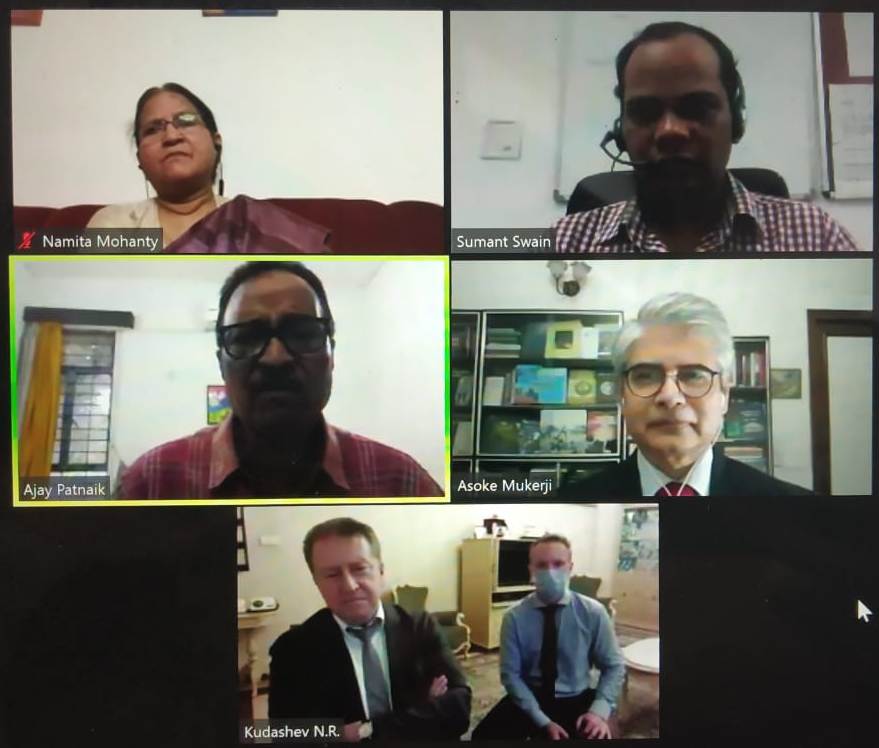 In the Welcome address, Dr Sumant Swain, Deputy Director Eurasian Foundation has acknowledged Prof Arun Mohanty contribution for the establishment of the Eurasian Foundation and his dream was to establish Foundation as a research institute, then welcome to the guest and panelist. He stated that Prof Arun Mohanty has greatest contributions for strengthening the bilateral relations and people to people contact between India and Russia.

University of Cassino and MACTT reach a new agreement for…

University of Pretoria: Tuks athletes aim to make their mark…

Delivering the Prof. Arun Mohanty Second Memorial Lecture, Amb. Asoke Mukerji stated that India and Russia relationship have been existing since ancient times. He outlined that the Special and Privileged Strategic Partnership between India and Russia has been strengthened through bilateral economic relationship, joint cooperation in science and technology into the socio-economic sphere, expanding people-to-people exchanges, energy, defense, transport infrastructure, agriculture and agro-processing; small and medium businesses; digital transformation and frontier technologies; and industrial and trade cooperation.
He also stated that the biggest external obstacle faced by their partnership today is from the growing confrontation between the United States and China. Both countries as “major powers with common responsibilities for maintaining global peace and stability” are committed to work towards “multipolar world order”, with a decision to “intensify consultation and coordination with each other, including on the Indo-Pacific region”. He also stated that India and Russia should take a coordinated strategic position on the Belt and Road Initiative (BRI) projects.
He also said that under Atal Innovation 50 Indian and Russian students to interact with each other in sharing best innovation practices in IT and Data Analysis, Clean Energy, Biotech, Remote Earth Sensing, Drones and Robotics.
India-Russia defence cooperation, opening the doors for joint development and production of military equipment, components, and spare part as, as well as after-sales service activities, a visible economic dimension has been added to defence cooperation. At the heart of this new activity will be Russian participation through investments in joint ventures and technology in the Make in India programme, with its “spin-off” benefits for employment and technology diffusion. This is a major contribution of the India-Russia strategic partnership to expanding the production and employment capacity of India’s manufacturing sector.
Special invite Russian Ambassador to India H. E. Mr NIKOLAY R. KUDASHEV has highlighted the India and Russia relationship is time tested and effort to link a new maritime route between Chennai and Vladivostok to increase connectivity between the regions. Russia and India always support each other in the critical medicines and agreed to provide COVID 19 medicine to India. Russia will contribute in make in India, Made in India and Atmanirvar Bharat aimed to reach 30 dollar billion bilateral trade by 2025. India and Russia will celebrate 20th year of strategic partnership later part of this year.
Chairing the event, Prof. Ajay Patnaik, Former Dean School of International Studies, Jawaharlal Nehru University stated that Prof. Mohanty’s scholarly and academic contributions are immense, in-depth and wide-ranging. The phenomenal achievements and contribution of Prof. Mohanty to the Russian and Central Asian studies will always be cherished by the scholars and the academic world. He also stated that India and Russia relation no more driven by ideology but it is not exactly pragmatic either. It has some normative aspects like multi-polar world order.
Mrs Namita Mohanty, Director Eurasian Foundation shared Prof Arun Mohanty contribution to the academic world, India and Russia bilateral relations and given vote of thanks to 250 virtually participants from India, Russia and Other countries in different fields like Academics, policymakers, diplomatic communities and others.

India marches ahead with “Atmanirbhar Bharat”; Establishes its global position with export of 23 lakh PPEs in one month only