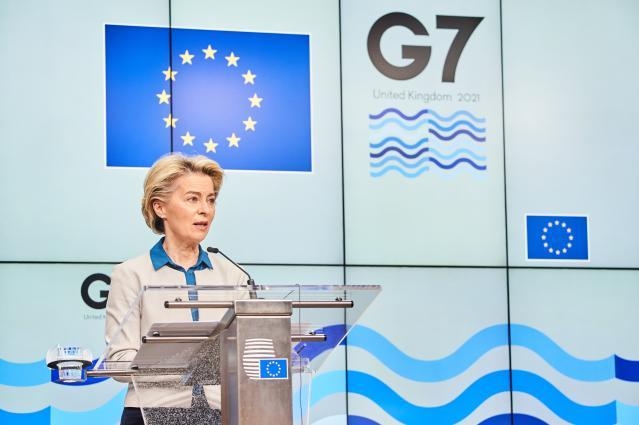 The European Commission has approved a €5 billion German scheme to support energy and trade intensive companies across industrial sectors in the context of Russia’s invasion of Ukraine.

The scheme was approved under the State aid Temporary Crisis Framework, adopted by the Commission on 23 March 2022, based on Article 107(3)(b) of the Treaty on the Functioning of the European Union (‘TFEU’), recognising that the EU economy is experiencing a serious disturbance.

Executive Vice-President Margrethe Vestager, in charge of competition policy, said: “Energy and trade intensive companies have been hit particularly hard by the current geopolitical crisis and the consequent increase of energy prices. This €5 billion scheme will enable Germany to mitigate the impact of the rising input costs on these companies and support the continuation of their activities in this difficult context. We continue to stand with Ukraine and its people. At the same time, we continue working closely with Member States to ensure that national support measures can be put in place in a timely, coordinated and effective way, while protecting the level playing field in the Single Market.”

Germany notified to the Commission under the Temporary Crisis Framework a €5 billion scheme to support energy and trade intensive companies across industrial sectors in the context of Russia’s invasion of Ukraine.

Under this measure, which will be administered by the Federal Office for Economic Affairs and Export Control (“Bundesamt für Wirtschaft und Ausfuhrkontrolle”), the aid will take the form of direct grants for additional costs due to severe increases in natural gas and electricity prices.

The measure will be open to energy and trade intensive companies across industrial sectors that are at risk of carbon leakage and that are listed in Annex I of the Guidelines on State aid for climate, environmental protection and energy.

The eligible period in respect of which applications for aid may be submitted runs from February to September 2022. The aid will be granted in the form of advance payments. The final amount will be then verified and corrected by 30 June 2023.

The Commission found that the German scheme is in line with the conditions set out in the Temporary Crisis Framework. In particular, the overall aid per beneficiary cannot exceed 30% of the eligible costs, up to a maximum of €2 million. Energy-intensive users that incur operating losses may receive further aid up to €25 million and, if they are active in particularly affected sectors and sub-sectors, up to €50 million.

Furthermore, the overall aid for energy intensive users that incur operating losses cannot exceed 50% of the eligible costs and 70% for those active in particularly affected sectors or sub-sectors. The overall aid can cover a maximum of 80% of the losses incurred. Finally, the public support will be granted no later than 31 December 2022.

The Commission found that the German scheme is necessary, appropriate and proportionate to remedy a serious disturbance in the economy of a Member State, in line with Article 107(3)(b) TFEU and the conditions set out in the Temporary Crisis Framework.