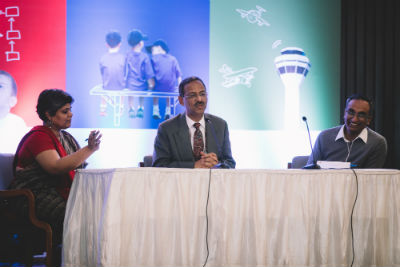 New Delhi: Evaldesign, a cutting-edge Education Research Consulting firm set up in 2013 with a focus on designing and evaluating programs was delighted to announce the launch of the Handbook on measuring 21st Century Skills. The Handbook is an effort to unpack the competencies outlined by various 21st Century Skills frameworks, and outline their sub-components (or constructs) in a granular and mutually exclusive manner. Anil Swarup, Secretary, School Education and Literacy, Ministry of Human Resource and Development, Government of India graced the launch conference with his presence, amongst other eminent speakers.

The newly released Handbook focusses on four primary skills: these are Critical Thinking, Creativity, Empathy, and Executive Function. A detailed literature review has been conducted for each of these skills to examine how researchers have defined their sub-components or constructs and methods used to measure the identified constructs have been reviewed and aligned with the constructs where available

The launch conference introduced the concepts of the handbook to a large audience of practitioners, policymakers and researchers and ignite the debate on the need for specificity of definition and methods of measurement of 21st Century skills constructs.

The conference covered the following topics: