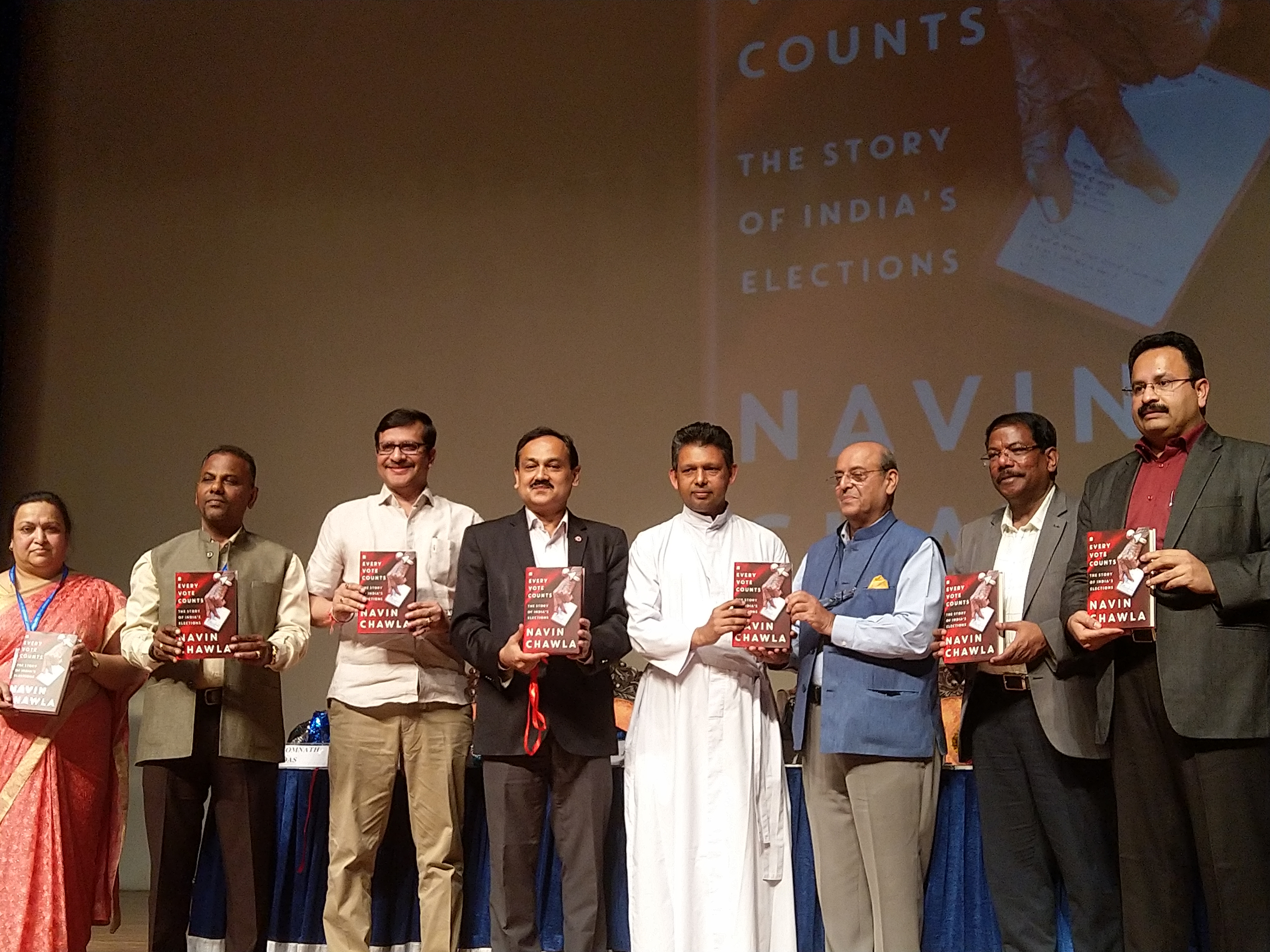 ‘Every Vote Counts: The Story of India’s Elections’ book launched in the city

Launched ahead of the General Elections 2019, Shri Navin Chawla has had a ringside view of Indian elections: as Chief Election Commissioner, he supervised the landmark 2009 general election, and several key state elections as well. Drawing on his wide-ranging experience, Every Vote Counts presents a riveting account of how the daunting task of conducting the largest electoral exercise in the world is undertaken.

The challenges before the Election Commission are many: How does one conduct free and fair elections when a large percentage of our lawmakers are law-breakers? Is the model code of conduct effective? How does one hold elections in Maoist-affected constituencies, or for that matter in the strife-torn state of Jammu and Kashmir? How reliable are electronic voting machines? Is it possible to implement compulsory voting? Will simultaneous elections to the Lok Sabha and state assemblies make things any easier?

Speaking the launch, Shri Navin Chawla, Former Chief Election Commissioner said, “As the world’s biggest exercise in democracy, India epitomises the will of over a billion people, of which there are over 870 million voters. With the upcoming 2019 elections, it is imperative that every citizen be a part of this process, to ensure that development and progress is truly inclusive and all encompassing. The book is also an ode to the Election Commission of India, that has since Independence, been tirelessly working towards ensuring fair elections, despite the numerous challenges.”

Every Vote Counts is a fascinating, informative account that gives us a kaleidoscopic view of how the electoral machinery works in the world s largest democracy. With the 2019 elections just round the corner, this is a book that every concerned and interested Indian might want to read.