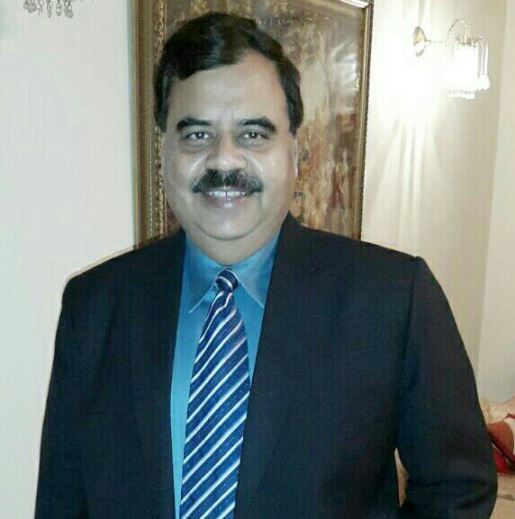 Skill India campaign was launched by Prime Minister Narendra Modi on 15thJuly 2015 to train the people in different skills. This month Skill India Mission will complete 5 years.  Apparel Made Ups and Home Furnishing Sector Skill Council(AMH SSC) has been launched with a primary mandate of enhancing and to build a capacity in skill development. One of the salient features of the AMH SSC is designing of the training programmes, based on industry demands of different segments and to ensure that all successful trainees are certified through accredited assessment agencies.

In an exclusive interview with The Textile Magazine ,Dr. Roopak Vashistha, CEO & DG forAMH SSC, reasons out the need for the Skill India Programme. The minister talks about the nitty-gritty of Skill India—how the scheme accommodates the needs of the whole nation and how AMH SSC contributes to the achievement of the skill India vision and road map for the next five years.

Q1. Skill India Mission is going to complete five years on the coming 15th of July. How do you see the journey of this mission? What has changed in the country by this mission?

Ans.: Skill India has brought a sea change in the Skilling ecosystem in the country. First of all it has institutionalised the skilling sector in India, especially post introduction of National Skills Qualification Framework (NSQF). Further, the mission to skill the people of the country has majorly been handed over to the industry in the form of Sector Skill Councils. This has not only standardised the skilling sector in the country but also the skilling work has got tremendously scaled up. Another boost to the skilling work was given by the Govt by creating a separate Ministry for Skilling and Entrepreneurship in 2015. Today, the standards of skilling, which have been developed in India, can compete with standards of any developed country. This gives another edge to the skilled force of India to migrate to other countries smoothly

Q2.Tell us about the key achievements of your Sector Skill Council, since its inception?

Ans.: Idea of opening Apparel, Made Ups and Home Furnishing Sector Skill Council was conceived at the Ministry of Textiles (MOT) in 2013, whereby, the Ministry mooted the idea of opening three SSCs for Apparel, Textiles and Handicrafts. AEPC was advised by MOT to open an SSC for the Apparel sector. Since our inception in Dec, 2013 we have developed 45 Qualification Packs for the industry. Since 2013, we have been able to certify appx 12 lac persons in the Apparel sector. I am happy to also share that the Apparel sector has emerged as the single largest employment generator under the PMKVY scheme of the MSDE by giving direct employment to appx 3 lac persons and arranging self-employment for equal number of persons in India. We have appx 4500 Training Partners, with more than 10000 Trainers affiliated to us and have 46 Assessment Agencies with more than 3000 certified assessors. We also cater to Schools, Colleges and AICTE institutions as well by spreading skilling in these institutions.

Q3. The Government of India has been giving a lot of importance to the skill development of the youth in the country. In what ways is your sector skill council contributing to the achievement of this vision?

Ans.: As mentioned above, AMH SSC has been the single largest SSC by arranging maximum jobs for the youth of the country under the PMKVY scheme of MSDE. These days Apparel courses are most sought after courses in the skilling ecosystem in the country, whereby, the people of rural India adopt shop floor courses and urban youth looking for aspirational job roles, like Fashion Designer, Merchandiser etc. Many youngsters, after undergoing our courses have opened their own Boutiques and are not only creating Self-employment opportunities for themselves but are also providing jobs to others. It’s the most satisfying feeling we get when we see students, after undergoing our job roles either opening their own start ups or getting jobs in Apparel manufacturing units.

Q4. What are the challenges you’ve faced during your journey and what you see ahead?

Ans.: As this was a new initiative in the skilling industry, we faced initial hiccups but with the support of NSDC, MSDE and State Skilling Missions, the task had eased out. Today, lacs of youth are getting skilled and are heading for employment or self-employment in the country.

Q5. Please share with us the roadmap by which the skill-related training can be provided by the next five years?

Ans.: In most of the sectors more automation is coming and this is resulting in fear of loss of jobs. Fortunately, in the next five years, we don’t see any technology coming in which would replace manual stitching process except for the alteration in the speed of stitching machines and a few processes being automated. So, we may need lacs of more hands in the Apparel industry in the next five years, especially given the news item that a lot of work is like to shift from China to India in the coming days.

AMH SSC is geared up with more rigour to fulfil the skill gap in the industry by arranging fresh training, as well as certifying existing workforce with the Recognition of Prior Learning (RPL) scheme of the Govt of India.

Q6. What are some of the biggest challenges you are facing in up-skilling people and how are you navigating through these challenges?

Ans.: The Up skilling work is being initiated for both formal, as well as for informal sector in the Apparel segment. Mobilization is the biggest challenge in conducting these certifications. However, with newer processes of assessments coming in, we are looking ahead in upskilling lacs of people in the sector. Another task we are undertaking is by certifying women of the country. Women, who know basic stitching, are assessed and then certified by AMH SSC, thereby, enabling them to either start their own small business or form Self help groups and then connecting them with Apparel manufacturers or the Govt for stitching uniforms etc.

Q7. The Internet & Social media are now full of resources for developing skills. In what ways is the ministry planning to use online mediums for the benefit of the youth?

Ans.: Online medium is no doubt very fast medium and is gaining popularity in many sectors but it’s the considered view of AMH SSC and the industry, as well that while many courses in other sector can be trained or assessed online, it would not be advisable to go for too much online trainings and assessment in Apparel sector. We feel that the best skilling can only be imparted off line, whereby the trainers are able to physically display processes and can check them, as well. Online platform can certainly be used to some extent for assessing theory portion of the skilling process but, as mentioned above, thorough and full trainings can only be imparted with offline mode

Q8. Anything else, you want to share with our readers?

Ans.:We in Sector Skill Council are quite enthusiastic in skilling lacs of youth of the country. We are also conscious that no scheme in the country can succeed without skilling the people and SSCs, with the help of NSDC and MSDE are fully geared up to fulfil this vital task of the Govt of India