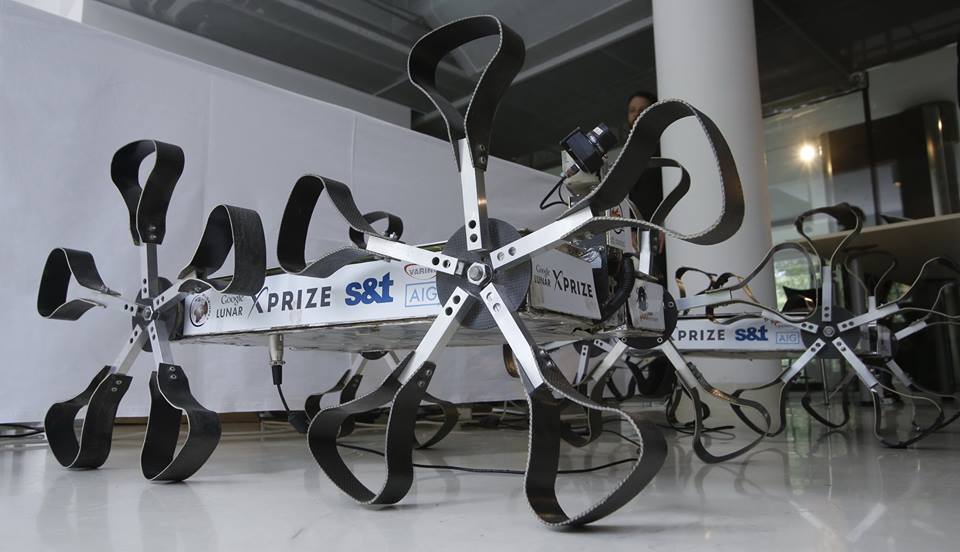 Exhibitions of Techfest, IIT Bombay to be inaugurated by Shri. Manohar Parrikar

Mumbai: Exhibitions at Techfest, IIT Bombay have historically been one of the major attractions of this three-day festival. They compile, showcase and hence educate the commoners about the plethora of latest scientific and technological advancements from all across the globe. In addition, the platform provided by exhibitions is not only for the tech enthusiasts and knowledge seekers to grasp an overview of showcased breakthroughs first-hand from the makers but also for the proud developers to share their learning and achievements with a largely avid crowd.
The exhibitions arena will be inaugurated by Shri. Manohar Parrikar at 10 AM on December 29, 2017 followed by his keynote at the Leadership Summit.
Some of the highlights from the exhibitions scheduled for Techfest 2017 are as follows:
Synergy Moon & Space Kidz India (Lightest ever satellite to be launched in space)
• Team Synergy Moon is a group of varied diversity, depicted by representation from 15 countries
• Along with Space Kidz India, it will develop the communications, camera and control systems for the vehicle, which will participate in Google Lunar Xprize for a prize worth USD 20,000,000.
• This will be the lightest vehicle to land on moon, if successful.
• Space Kidz India is the only organization to represent the country at the “London Olympics, 2012”
Hypervsn™, Kino-Mo (UK) (Best hologram technology in the world to be showcased in India for the first time)
• It is an exhilarating visual spectacle of 3D images with holographic effect that makes the audience fall for the illusion of objects floating in mid-air, something that 99.9% of the visitors of Techfest will experience for the first time.
• Kino-Mo has been duly awarded for its feats by entering the Top 3 British Innovations of 2014. It was named among the world’s 10 Most Impressive Technologies by Mashable and USA Today.
Nao robot, Softbank Robotics (Japan) (a robot that can learn a lot of skills)
• Nao is a humanoid robot aimed towards education, enjoyment and elderly help.
• It is a highly customizable robot, which can be taught appropriate skills to carry out various tasks, imbedded with desired qualities for the required behavior.
• It accomplishes a varied spectrum of tasks like supporting autistic children to acting as a receptionist in a theme park.

Moon Rover, Team Puli, Hungary (rover to be launched in space)
• It is a dedicated team of young professionals who have made gritty and repeated attempts at making prototypes of Moon Rover
• It is currently participating in the Moon Village initiative of the European Space Agency apart from working with Astrobotic Inc. to develop their final Moon Rover model which is to be launched in space on Atlas 5 rocket of United Launch Alliance.

Fable Robot, Denmark (endless possibilities of designs and multitude of functions)
• The Fable system is a tailor-made medium to catch the imagination of students.
• It can easily be programmed to get desired behavior and can be linked to external devices.
• The modular geometry of the robot which allows joining different blocks one by one thus providing unprecedented freedom in terms of physical design and creativity.
Puzzlebox Orbit, USA (mind-waves controlled)
• The Puzzlebox Orbit is a brain-controlled helicopter
• One can steer the Orbit by concentrating and clearing their mind.