Two cave divers who pulled off the remarkable rescue of 13 people from a flooded cave system in Thailand have been given honorary degrees by the University of Bristol.

The operation led by John Volanthen, from Bristol, and Rick Stanton, from Coventry, has been described as one of the greatest rescues of all time.

The unlikely heroes were called in by the Thai Government after heavy rain marooned 12 members of a junior football team and their assistant coach in a cave complex in the north of the country.

The rescue involved 5,000 people, with John and Rick leading the risky search sorties. The pair had to navigate 2.5km of constricted underwater passageways, in near zero visibility, against a fast flowing, debris-strewn current.

Cave diving is often said to be more dangerous than BASE jumping or high altitude climbing. More people have walked on the moon than have been to some of the remote caves that John and Rick have dived in.

On July 2, 2018, nine days after the search started, the 12 stranded boys and their coach were found. But with oxygen in their small air pocket dwindling, and more monsoon rains predicted, time was running out.

John said: “Having operated in difficult conditions, I was reasonably confident in being able to manage my own safety. For the boys it was extremely dangerous. Trying to get them out was something that hadn’t been done before.”

With the help of an anaesthesiologist, each of the boys and their coach was injected with anesthetic ketamine, the anti-anxiety drug Xanax and atropine, which slows heart rate and reduces salivation. 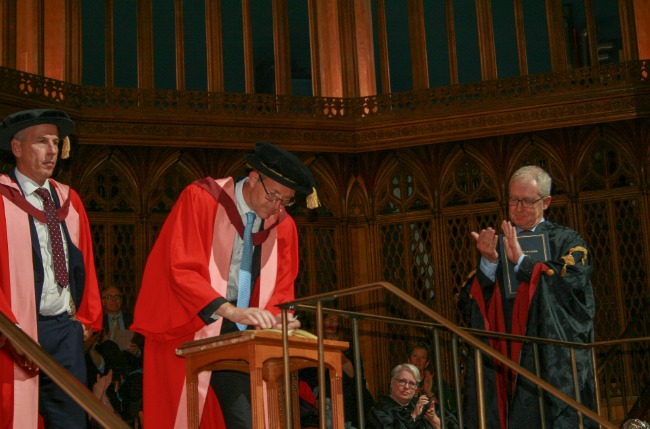 Over several hours the unconscious boys were dragged and squeezed out of the submerged cave by John, Rick and a team of cave divers.

Despite having little medical training, they had to inject the boys multiple times with the drug mix to keep them sedated throughout the rescue.

Any snag of breathing apparatus could have drowned the unconscious boys and the wrong dose of the drug may have caused them to wake up and panic – or fall asleep forever. Had something gone wrong, John and Rick could have ended up in a Thai court.

The well-publicised rescue was one of many John and Rick had undertaken – including some to recover bodies – but “the scale and complexity of this particular problem was head and shoulders above the rest”, according to John.

Rick said: “It was unprecedented, nothing really compares. People are citing it as one of the greatest rescues of all time.

“It was a protracted two and a half weeks and you had to think outside the box. We were literally writing the procedures, there was no manual – this had never been done before.”

John and Rick both received George Medals (a non-military award for gallantry). John is an IT consultant, who remains a scout leader in his hometown of Long Ashton, just outside Bristol. Rick was a firefighter for West Midlands Fire Service for 25 years.

Among other achievements, John and Rick set a record in Wookey Hole, Somerset, for the deepest dive recorded in a British cave. 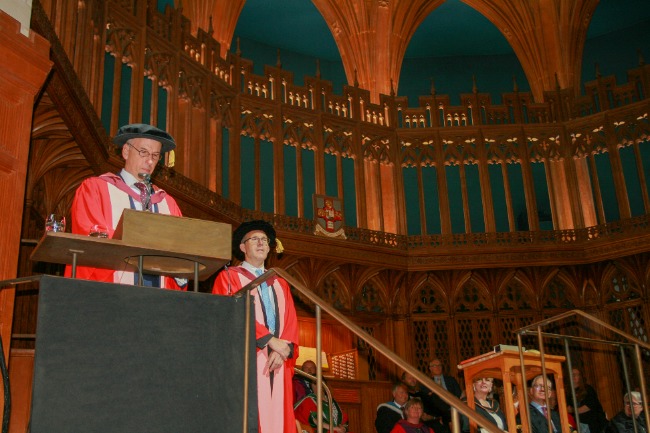 Linda Wilson, Vice-President of the University of Bristol’s Spelaeological Society, nominated John and Rick for their honorary degrees.

She said: “Rick, John and the other rescue divers were being asked to perform an impossible task.

“Fortunately, by a combination of extraordinary courage and meticulous planning, they overcame all the odds and succeeded in one of the most extraordinary rescues that has ever been attempted, ultimately bringing out all 12 boys and their coach alive despite the most hazardous conditions imaginable.

“No one could better exemplify the values this University prizes – resilience, courage and outstanding skills – than Rick and John, who were to save the lives of so many others, whist risking their own lives, daily, for the 15 days of this enormous rescue effort that held the world’s attention.”

They received their honorary degrees during the University of Bristol’s summer graduations. Those graduating over the 11 days are mostly students who could not do so immediately after their degrees because of the pandemic.

Rick said it was an “absolute honour” to receive the award. John added: “It’s an honour and humbling, especially considering others who have received the same and have achieved far greater things than me.”

The pair plan to go diving together near Bristol the day after the graduation ceremony.