• An eminent nine-member Jury, led by Dilip Shanghvi, selected the 16 Finalists
• The 16 Finalists have a combined revenue of over INR 77,751.4 crore (USD11.6 billion) and employ over 83,601 people worldwide
• Jury commends the Finalists for Innovation, disrupting business models and building sustainable enterprises
• Dr. E Sreedharan honored with the Lifetime Achievement Award

Mumbai: EY, the leading global professional services organisation, today announced the selection of 16 of the most exceptional entrepreneurs as Finalists for the 19th Entrepreneur of the Year™ – India (EOY) 2017 Awards. The Finalists have been selected from among 250+ outstanding nominations and will be felicitated at a grand celebratory Awards Banquet to be held on 15th February in Mumbai.

Together, these 16 Finalists have combined revenues of INR 77,751.4 crore (USD11.6 billion) and are providing employment to 83,601 people in India and globally.

The winners will be announced across several categories, while the national winner will represent India at the EY World Entrepreneur of the Year Award (WEOY) in Monte Carlo from 13-17 June 2018.

India’s Metro Man, Dr. E. Sreedharan will be honored with the Lifetime Achievement Award for his invaluable contributions transforming public transport in India. He was instrumental in the planning and execution of the Kolkata Metro, Delhi Metro, Kochi Metro and Lucknow Metro. He also spearheaded the Konkan Railway project, considered one of the most difficult railway projects in the world, and completing it in a short span of eight years. Among several other acknowledgements, Dr. Sreedharan has also earlier been conferred the esteemed Padma Vibhushan and Padma Shri awards from the Government of India for his contributions to public transportation.

Rajiv Memani, Chairman, EY India, says, “In a world where disruption is the new normal, exceptional entrepreneurs are creating value by embracing innovation and constantly reinventing themselves. The Finalists display exceptional ideas and uniqueness in their operating models in seemingly conventional businesses. Each one of them is not only a force to reckon within the industry, but also has a keen eye for expanding their footprint in the global market while adopting new generation technologies in their business.”

The Jury considered a host of criterion, including the nominee’s entrepreneurial spirit, recent financial performance, strategic direction, product or service innovation, company leadership including personal integrity and risk-taking, values and key employee initiatives, and involvement with the community.

Says Farokh Balsara, Partner and EOY India Program Leader, “While businesses, governments and individuals have successfully chartered disruptive paths over the past few years, enterprises and their leaders will be tested in their ability to drive relentless, agile innovation and build robust business models. The Finalists are examples of entrepreneurs who have seized the upside of disruption, epitomizing our awards theme ‘Ideas. Innovation. Inspiration. They have enabled inclusive growth, and are a source of inspiration for many.”
Zarin Daruwala, Chief Executive Officer, India, Standard Chartered Bank and sponsor of the EOY 2017 Awards Program, “Never before have we seen ideas and innovation spur such zeal, whether it is in the exciting world of start-ups with technology at the core of business ideas, or conventional businesses who are reshaping themselves. The lasting impact lies within the manifold ways entrepreneurship touches and changes lives: creating employment, raising health and education standards, and ushering in a stable and progressive society. In pursuit of recognising such leaders and innovators who have been contributing in shaping the future of our country we have associated with EY Entrepreneur of the Year Awards for the third year. The Entrepreneur of the Year Awards program truly captures and celebrates the spirit behind India’s economic resurgence.”
Alok Ohrie, President & Managing Director, India Commercial, Dell EMC and of the EOY 2017 Awards Program, “This is an exciting time for entrepreneurship and the EY Entrepreneur of the Year 2017 has seen record participation of 250+ nominees. I, on behalf of the DellEMC family, would like to acknowledge and congratulate the nominees, finalists and esteemed jury members who have been part of this journey. I wish all the nominees the very best for their future endeavors.” 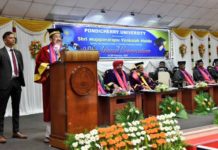 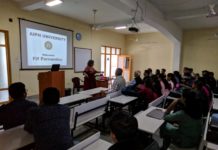