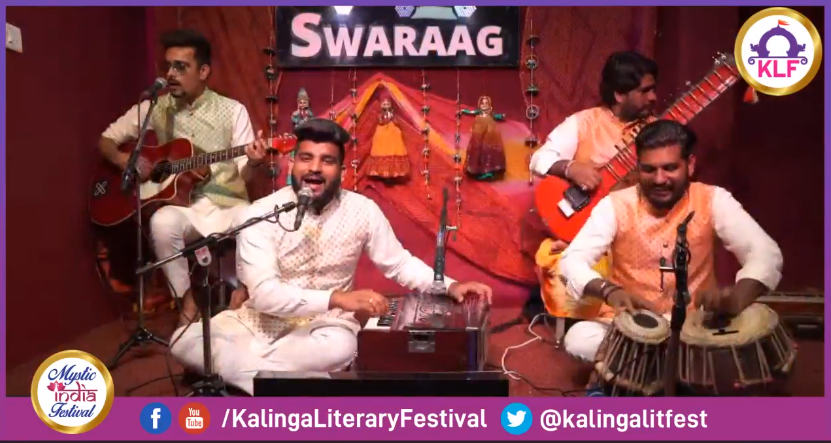 ‘Swaraag’ is an Indo-Western Fusion from Rajasthan popular for its traditional Rajasthani as well as western music. It comes from Swa-self, raag-raga. The band is founded by Arif Khan and Pratap Singh in 2014. The traditional music instruments such as Khartal-Morchang and Zitar make the band unique. The band mesmerizingly perfomed fusions and folk fusions of Rajasthan and bollywood namely ‘Padhaeo Mhare Des’, ‘Kun Faya Kun’, ‘Teri Deewani’, ‘Afreen Afreen’ etc. on Mystic India Festival.

The founder & director, Rashmi Ranjan Parida said, “Mystic India Festival was being planned since a year, but we officially announced it on 7th October, 2020. Through virtual platform we have given a glimpse of it. Mystics have been in search of Truth & Self Realisation. For millennia this spiritual tradition is a lived experience. Mystic India Festival launched by Kalinga Literary Festival on huge success of Mystic Kalinga Festival to celebrate India’s inclusiveness & engagement with mystic world. The physical event of Mystic India Festival will likely be taking place in Delhi, Goa and other such places by 2021.”