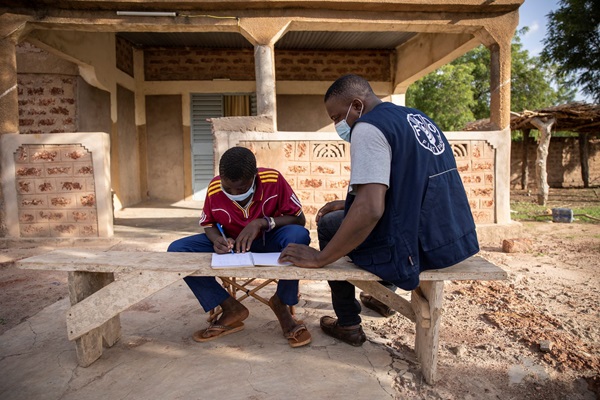 Durban – The Food and Agriculture Organization of the United Nations (FAO) is adding its voice to renewed calls for an end to child labour in agriculture, at the 5th Global Conference on the Elimination of Child Labour, underway in South Africa this week.

“In Sub-Saharan Africa, four out of five child labourers are found working too many hours, undertaking heavy and dangerous work in crop farming, livestock, forestry, fisheries and aquaculture. Those children are not able to benefit from compulsory education. This needs to stop,” QU Dongyu, FAO Director-General, said by video message at the conference.

“We want children to become young people who are enthusiastic about farming and agriculture. We need educated young farmers who are innovative and can feed both their families and the world, to protect the planet and sustain peace,” the FAO Director-General  said.

Child labour overwhelmingly occurs in agriculture – the sector accounts for more than 70 percent of child labour worldwide. This means 112 million boys and girls in total working long hours and often performing hazardous tasks in the agricultural sector. The COVID-19 crisis has exacerbated the situation: Child labour often filled gaps in agriculture production due to movement restrictions, or compensated income loss within families.

Household poverty remains one of the main drivers of child labour in the agricultural sector. Many families and communities feel that they have no other choice than to rely on their children to meet their needs for food and income. Children who work are likely to become the hungry of tomorrow, perpetuating the cycle of rural poverty.

To drive progress towards achieving the Sustainable Development Goal target of eliminating all forms of child labour (SDG 8.7), FAO is calling for a breakthrough in agriculture.

“We need to mitigate the impact of the COVID-19 pandemic on food security, nutrition and livelihoods of the most vulnerable families. We need financial instruments in agriculture that address the vulnerabilities of small-scale farmers to climate change effects and conflicts [to eliminate child labour],” Abebe Haile-Gabriel, FAO Assistant Director-General and Regional Representative for Africa said during today’s conference session on policy priorities to end child labour in Africa.

Research institutions can contribute to building evidence, which is essential to raising awareness, initiating dialogue and designing appropriate actions.

Producers’ organizations are able to provide services that contribute to ending the dependence of family farms and enterprises on child labour. These include training to increase the efficiency of adult workers and promotion of sustainable technologies and alternative practices that improve safety and productivity. They also can help identify and address the use of child labour in the supply chains.

Agricultural extension agents are on the frontline, interacting with farmers, fishers, livestock raisers daily, they can address some of the root causes of child labour in agriculture by supporting shifts to improved practices and technologies.

The private sector must be more proactive and comply with human rights obligations.

FAO at the 5th Global Conference

FAO is organizing a dedicated high-level thematic panel on child labour in agriculture and a side-event focused on the artisanal fisheries and aquaculture sector. These sessions will present solutions, renew commitment from agricultural actors, and call for more cross-sectoral actions and investments to alleviate poverty and transform our agrifood systems. FAO is also presenting during the high-level thematic panel on thecentral role of social protection in tackling child labour.

The 5th Global Conference On Child Labour is being held in Durban from 15-20 May and is co-organised by the Government of South Africa and the International Labour Organization.

Visit here to find out more about the high-level thematic panel on child labour in agriculture on Thursday 19 May, 12:30-14:15 CET

Visit here to find out more about the high-level thematic panel on the central role of social protection in tackling child labour on Wednesday 18 May, 12:30-14:15 CET