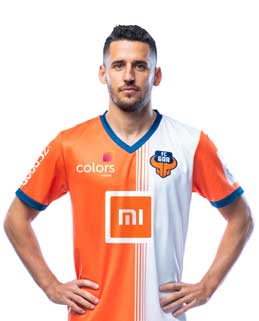 Goa: FC Goa is proud to announce Xiaomi, India’s number 1 smartphone brand as its title sponsor for the 2018-19 season of the Hero Indian Super League.

The highest scoring side from last season’s ISL, the Gaurs have been one of the most consistently successful teams in the league – having reached the semis in three of the previous four seasons.

Partnering with FC Goa marks one of the firsts for Xiaomi India in terms of sports sponsorship. FC Goa showcased extreme rigor and a raw ability to lead, and Xiaomi India as a company shares the same beliefs. Xiaomi India rose to greater heights and has been the number 1 smartphone brand from Q3 2017 till Q2 2018, as per IDC.

Xiaomi now aims to build on that reputation through this new partnership with FC Goa.

Speaking on the partnership, FC Goa Commercial Director, Aditya Datta said, “We are extremely happy to have Xiaomi India as our title sponsor. Both FC Goa and Xiaomi believe in being trailblazers and pioneers in our respective fields and look forward to supporting each other for the upcoming season of the ISL.”

Mr. Karan Shroff, Head – Brand Marketing, Xiaomi India said, “Xiaomi is a young company and in a short span of time, we have been able to rise to new heights and establish a strong lineage in India. FC Goa showcased similar attributes and intrigued us to partner with the team. We believe in marketing which is untraditional, and venturing into ISL sponsorships made the most amount of sense right now.”