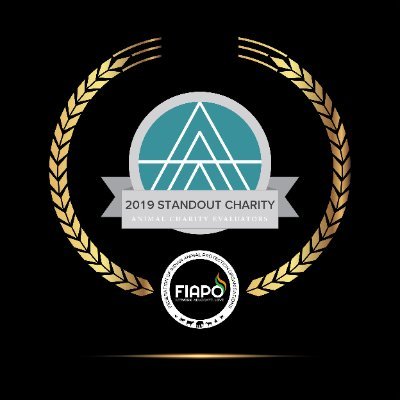 New Delhi: FIAPO, the apex organization for animal rights in India, has sent a letter to the Hon’ble Minister Shri Giriraj Singh of the Ministry of Fisheries, Animal Husbandry and Dairying appealing him to end the use of animals in circuses, and to ensure that the surrendered animals receive food, nutrition, and medical care during this time of crisis.

In the middle of the unprecedented lockdown to mitigate the spread of COVID-19, circuses across India are now unable to meet their daily income needs to be able to feed animals used by them for entertainment. Even major circuses brands like Rambo and Jumbo are struggling with the survival and livelihood of their workers at this stage. The animals probably do not figure in their emergency contingency plans if any. Multiple reports have emerged of circuses in Maharashtra, West Bengal, Tamil Nadu and parts of Kerala where the owners now have to make a choice between feeding their staff and feeding the animals. At this time, it is critical for the well-being of the animals that circuses surrender them to capable animal shelters who are opening their doors to animals in captivity.

Since COVID-19 is a zoonotic pandemic, the risk to circus animals, and their handlers who live in close proximity, is high considering the condition in which these animals are kept. Therefore it is crucial that for the safety of human lives in circuses that the animals be taken to a habitat more conducive to them where they can be treated and fed.

Varda Mehrotra, Executive Director, FIAPO said, “At the best of times, circuses have proven to be extremely cruel to animals. Both wild and domestic animals in circuses are trained to perform unnatural tricks through a pain and fear response. Dogs, horses, elephants, camels, ponies and even a range of exotic birds are regularly disciplined by metal rods, wooden sticks, whips, hooks, and spiked belts to obey and perform. And now during the COVID-19 crisis we can only imagine their plight when the income of circus owners has ceased and food has become scarce. Do you think they will put the animals first in such situations? My guess is as good as yours! Instead they should simply surrender the animals to animal welfare organisations that are willing and equipped to take care of the animals.”

Through this letter, FIAPO requests the Hon’ble Minister to carry forward the work of the 2018 draft notification banning all animals from circuses that came about after a detail FIAPO investigation titled ‘End Circus Suffering’, and a strong recommendation by the Animal Welfare Board of India (AWBI). In the current scenario, the training and performance of animals in circuses remains at odds with our goals of justice and health for all living beings.

The current situation of animals in circus captivity is at odds with Indian law, especially the Prevention of Cruelty to Animals Act that protects animals against unnecessary suffering. A range of bylaws and rules for registration of circuses and the animals therein – created to protect the welfare of animals – are also breached on a regular basis. The current legal framework to protect animals in circuses has failed.

In 1998, the government banned bears, monkeys, lions, panthers, and tigers from circuses. In 2016, the AWBI – the only statutory body that represents the interests of all animals – refused to provide permission to use elephants in circuses.