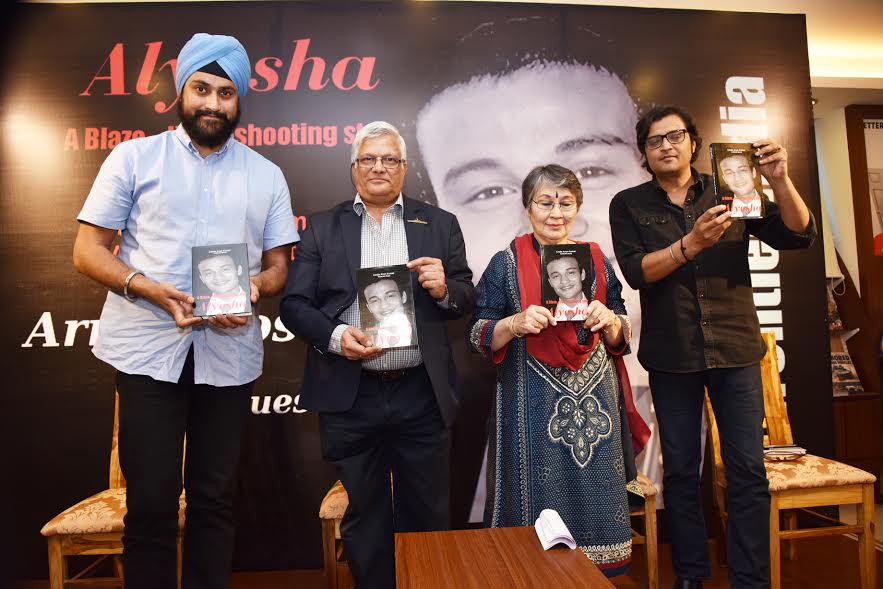 While we fight for what is wrong, we also work to repair the injustice says Arnab Goswami 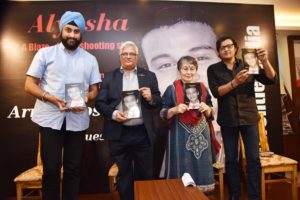 Scientists cast new understanding of how skin repairs itself

The University of Queensland technology powers up greener…

Mumbai: “We hear of so many heinous crimes everyday and it happens because some people think they can get away with it,” said Arnab Goswami, during the release of the book ‘Alyosha, A Blaze…like a shooting star’ on 25th Feb 2017 at Entertainment Store, ‘Title Waves’,St Pauls Media Complex, Bandra (West), Mumbai.Written by Cmde Arun Kumar, AVSM, NM (Retd), the biography is a fathers tribute to his brave son Alyosha Kumar and functioning of “The Brave New World Foundation’ for education of underprivileged and willing children. “I know the spirit in which you are naming it ‘The Brave New World Foundation’. You are showing fortitude and saying there is a never give up spirit in you. But that must not stop us from questioning that must not stop us from campaigning, and acting and confronting. Because we can’t take it lying down anymore”, said Arnab Goswami. Speaking about his new venture, Arnab Goswami informed the audience that Republic TV should start airing in two months. “I will in my way, I am promising you today, I am starting a new media and we will actively work with you. I don’t make false promises. When I go back, I will institutionalize this. So while we fight for what is wrong, we also work to repair the injustice that has been done to this wonderful family. I will remain connected to ‘The Brave New World Foundation’, through my journalism or whichever way we do, so that we can campaign on behalf of the people. If we institutionalize the spirit of Alyosha, we will create many more like him,” he said.
Alyosha lived a short life, which he lived to the fullest following his convictions, with utter honesty and showing compassion to his fellow beings. His simplicity and positivity of outlook endeared him to those who came in touch with him whilst his brutal forthrightness quite often brought him into conflict with those in authority. Ever since his birth, it was apparent that Alyosha was a special and exceptionally gifted child. He excelled in sports and academics with equal ease. He was also very perceptive of the human nature. His friends knew him to be a daring and brave boy, who stood up against odds and injustices in life with dignity. In the wee hours of 30 Sep 2007, he was fatally stabbed at Bangalore whilst defending his friend from molestation. His parents, Cmde Arun Kumar, Ms Deepa and his paternal aunt Ms Prabha Rao have set up a public charitable trust “The brave New World Foundation’ as per Alyosha’s desire, to help the disadvantaged sections of the society.
Cmde Arun Kumar, AVSM, NM (Retd) said, “A Blaze…like a shooting star is the story of Alyosha Kumar, whose life was short lived like that of shooting star. In that short span, Alyosha blazed his unique trail of brilliance. As a classmate he said Alyosha Kumar was amongst a rare concoction of talent that combined a brilliant mind with fine sportsmanship. Even as a school kid most wondered how he managed to excel in so many fields. Yet his most fine qualities were his uncompromising honesty and his faith in people. His Headmaster from Lawrence School thought Alyosha was too wise a head for so young a body and epitomised all that is brave about ‘The Brave New World”.
The name Alyosha signifies ‘Defender of Man’ and true to it, Alyosha Kumar died defending the honour of his friend. In the country that he was born in ‘Russia’, a monument to ‘Alyosha’ stands in the city of Murmansk as the defending spirit of the Russian people in ‘ The Great Patriotic War (1940-45)’. In most ways, the story of Alyosha Kumar depicts that very spirit.
Alyosha’s compassion for fellow beings was manifest in a will he wrote at the tender age of nine years wherein he foresaw with great equanimity and clarity his own end and expressed his desire wanting his monies to be used to start a charity forum to help the poor and the needy. Even though short, Alyosha lived his life to the full doing in his way, uncompromising in his convictions and yet experiencing the full spectrum of human endeavour. He leaves behind a rich legacy which most falls short of even in a full lifetime.”
The book is published under the imprint Frontier India and the foreword has been written by Dev Lahiri, ex headmaster at the Lawrence School, Lovedale.

Sushma Paul Berlia honoured for her Contribution to Education & Industry

Scientists cast new understanding of how skin repairs itself

University of Glasgow: UofG AND PARTNERS WIN AT KNOWLEDGE EXCHANGE AWARDS FOR…

POSTECH: Tae-Joon Park Digital Library reopens after a year of…

University of Copenhagen: Brazilian coronavirus variant likely to be…

University of Warwick: Search for planetary remains and new…