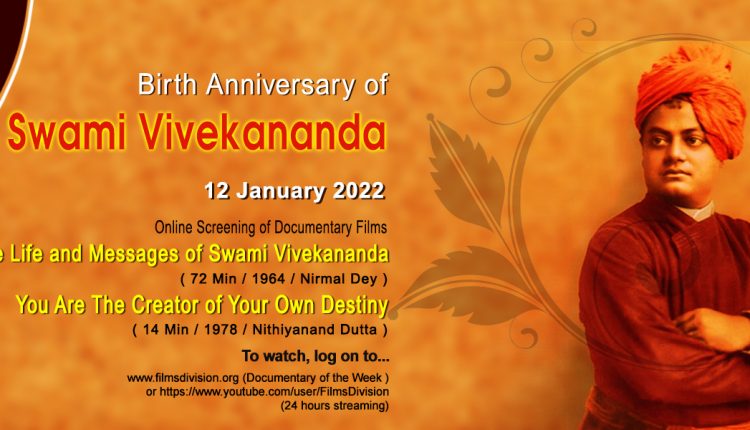 New Delhi: Film Division is paying tribute to Swami Vivekananda, the great social reformer, philosopher and spiritual personality on his 159th birth anniversary on 12th January 2022. Swami Vivekananda Jayanti is celebrated as National Youth Day and to mark the occasion, Films Division will be screening two documentaries highlighting Vivekananda’s inspirational and thought-provoking life and messages. The streaming on Films Division website and You Tube channel is a part of ‘Azadi Ka Amrit Mahotsav’ celebration by the Ministry of Information & Broadcasting, Government of India.

The motivational documentaries will be streamed on https://filmsdivision.org/ “Documentary of the Week” and https://www.youtube.com/user/FilmsDivision for 24 hours on 12 January, 2022