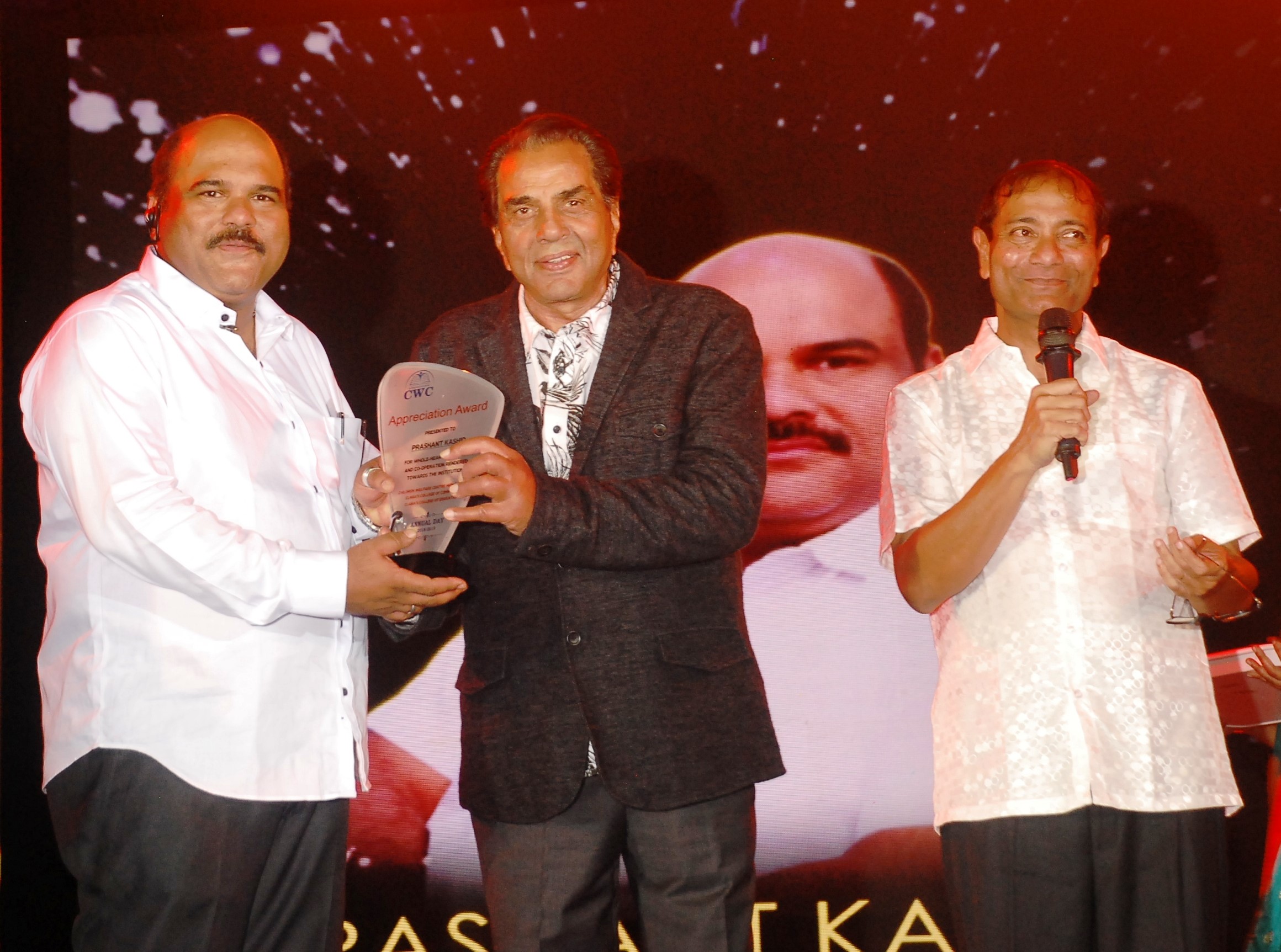 Mumbai:The 38th Annual Day of Children Welfare Centre High School and Clara’s College of Commerce was celebrated in a spectacular function at the school ground located at Yari Road, Andheri (West) on 3 March, Sunday. The variety entertainment program including dances, skits and a special play based on social media was staged on the occasion. Different personalities; including Dabbawala Vilas Shinde, who helps ‘Ekata Manch’ in their ‘Roti Sabji Yojana’ was felicitated. This scheme was launched at the hands of noted actress late Sridevi last year. Besides, some doctors and social worker Meher Haider were also felicitated as part of the program. Also nearly 40 members of a Trekkers group from Mahabaleshwar who voluntarily help in evacuating those trapped or those who meet with an accident, were also felicitated. The members of these group help those in distress, evacuate them to safety and also retrieve vehicles fallen in the deep ravine, all this free of cost.

Besides CWC High School Principal Ajay Kaul,Congress leaders Sanjay Nirupam and Kripashankar Singh & actors like Dharmendra, Punit Issar, Rahul Dev and Siddharth Jadhav and actresses like Shilpa Shetty, Jayaprada, Gracy Singh, Rimi Sen, Sonali Kulkarni and Drashti Dhami graced the occasion. In addition a host of social and political workers were present. The children were given prizes at the hands of the special guests.

Addressing the audience, CWC High School Principal Ajay Kaul, said that the program is being organised to encourage students and give vent to their hidden talent, every year. An attempt is also being made to give them message through the entertainment. This year a drama dedicated to social media was staged in which an attempt was made to give a message that although the mediums like Facebook, Instagram and Twitter are helpful, the students should not remain glued to these mediums and should not their waste whole day. They also gave an advice of communal harmony and upgrade students culturally because finally the children are our future. CWC High School Activity Chairman Prashant Kashid was felicitated for organising the program skilfully and successfully.