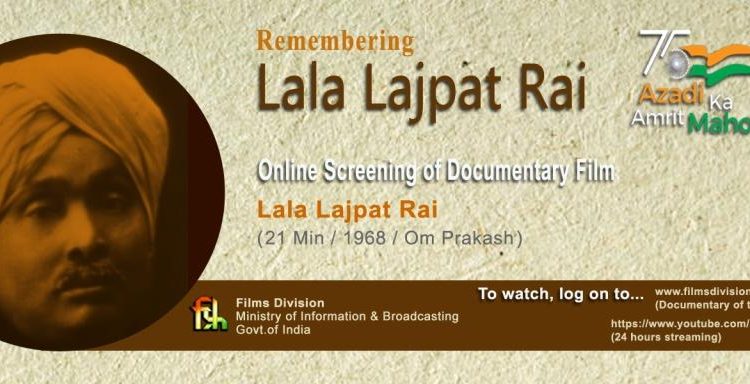 New Delhi: Films Division is paying cinematic tribute to the doyen of Indian Independence movement, popularly known as Punjab Kesari and one of the three of the famous LalBalPal triumvirate, Lala Lajpat Rai on his 93th death anniversary on 17th November, 2021. Films Division will stream a biopic, “Lala Lajpat Rai” (21 Min./English/1968/Om Prakash) on its Website and YouTube channel. This special screening will be a part of ‘Azadi ka Amrit Mahotsav’ celebration by the Ministry of Information & Broadcasting, Government of India.
The biopic depicts the great activist’s life and his heroic relentless fight for India’s Independence. The film will be streamed on https://filmsdivision.org/ Documentary of the Week and https://www.youtube.com/user/FilmsDivision for 24 hours on 17th November, 2021.

TalentSprint enters into a strategic alliance with the Centre for Executive Education, Indian School of Business

University of Groningen: Orange the World lights up the Academy Building in orange

iednewsdesk Nov 26, 2021
Around the world, one in three women face violence, and in the Netherlands, this percentage even rises to 45%.…