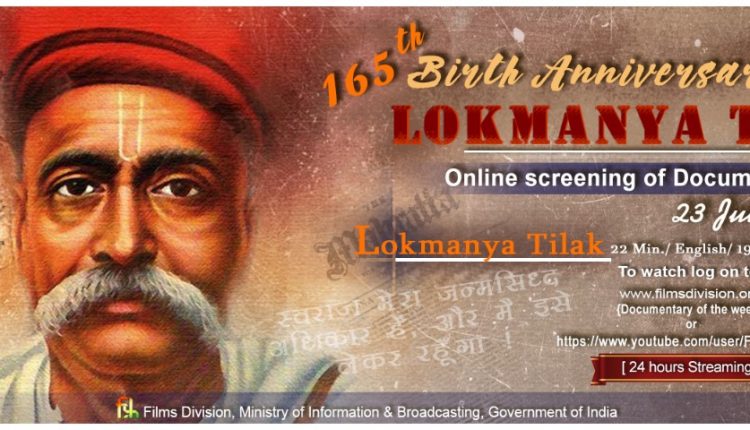 Films Division to mark 165th birth anniversary of Lokamanya Tilak by screening a biopic on 23 July, 2021

New Delhi: Films Division is screening a documentary Lokmanya Tilak on 23rd July 2021 to mark the 165th birth anniversary of Lokamanya Bal Gangadhar Tilak, one of the foremost leaders of India’s freedom struggle, who ignited patriotic consciousness among the masses with his famous slogan, “Swaraj is my birthright, and I shall have it”.

Lokmanya Tilak (22 Min/ Eng/1957/ Vishram Bedekar) is an experiment in screen biography which brings to life, without the medium of a living character, the dramatic achievements when Lokmanya Tilak dominated the socio-political scene by his austere example and relentless struggle against the colonial rule.

The film also offers a peep into other sides of the great leader’s myriad personality as a scholar, educationist, mathematician and philosopher. The documentary will be streamed on https://filmsdivision.org/ “Documentary of the Week” section and https://www.youtube.com/user/FilmsDivision on Friday, the 23rd July, 2021, for 24 hours.