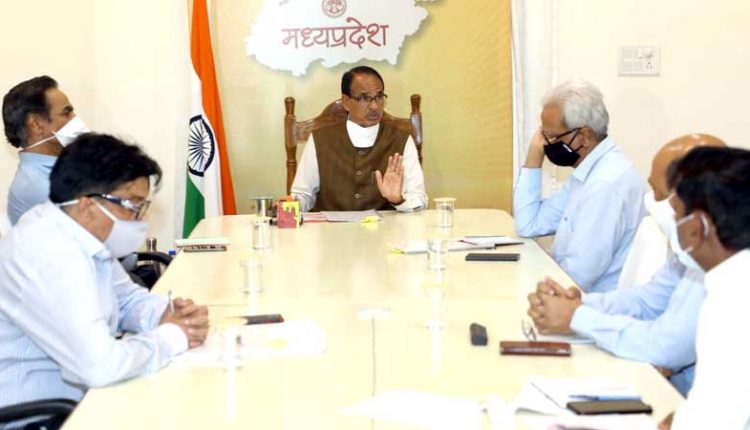 Bhopal : Chief Minister Shri Shivraj Singh Chouhan has said that financial assistance of Rs. Four lakh each will be given to the three women affected by the heinous crime of mutilation in the month of March. The Chief Minister was addressing a meeting held at his official residence regarding formation of stringent laws on domestic violence.

Chief Minister Shri Chouhan said that violence on the woman of the home by the husband or the closest person of the family is basically murder of faith. The person who has the responsibility of protection and security of the woman, if he becomes the aggressor and the oppressor, then whom will woman trust. Incidents of hand mutilation in the state are highly condemnable. Those who commit such atrocities should understand that the government will not be sitting idle. Stringent provisions will be made for the harshest punishment and every possible arrangement will also be made to help the victimized women. Chief Secretary Shri Iqbal Singh Bains, Additional Chief Secretary Home Shri Rajesh Rajaura, Principal Secretary Law Shri Satyendra Kumar Singh, Principal Secretary Women and Child Development Shri Ashok Shah were present in the meeting.

Jagran Lakecity University Ranked 1 in Madhya Pradesh and in…

Chief Minister Shri Chouhan said that in case of mutilation of a woman in domestic violence, more stringent punishment will be given. The state government is sensitive towards women. A special scheme will be implemented to help and compensate women affected by mutilation. Also, arrangements will be made more sensitive for quick and harsh action in common cases of domestic violence.

Women’s desk will be setup in 700 police stations

Chief Minister Shri Chouhan said that women help desks will be set up in 700 police stations of the state to help women. Women officers will be posted in these police stations. The victim women can easily file their reports, for this, a separate mobile number will be given to each police station.

Wastewater and excreta an untapped resource for solving environmental risks