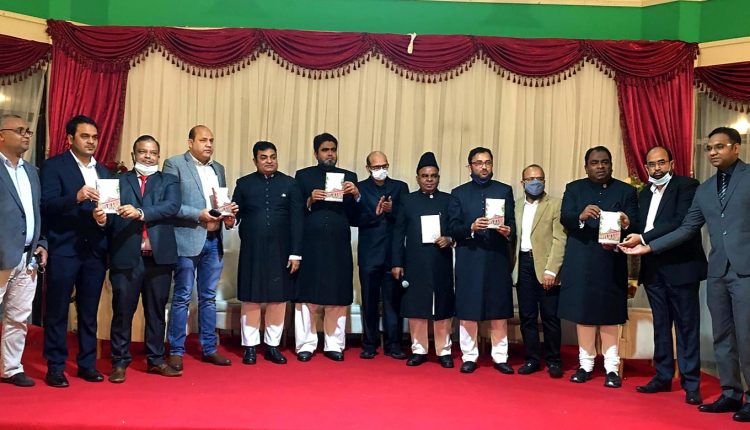 Doha : First international release of the book titled “Aligarh Muslim University” was launched in a glittering function in Oasis Beach Club hotel in Doha Qatar on 14th January 2022 by AMUAAQ. Author of the book renowned journalist Mohammed Wajihuddin, an alumnus of AMU, also addressed the meeting via video calling.
The author of the book Mohammed Wajihuddin a senior journalist and editor of Times of India thanked the entire team for this launch. He informed that the book “Aligarh Muslim University”: The Making of the Modern Indian Muslim is an eye-opening book that sheds light on the 100-year-old institute and its role in determining where the Muslim community stands in modern-day India. Published by Harper Collins India, the book is written in a lucid style and discusses not just history of AMU which completed 100 years in 2020 but also how it has shaped the destiny of Muslims in India. He emphasized that one of the basic purposes of a book is it should help break barriers. It must inform, entertain, enthuse and educate readers. Humans by nature are curious to know the unknown. “Thankfully my book seems to be doing that”, he said. 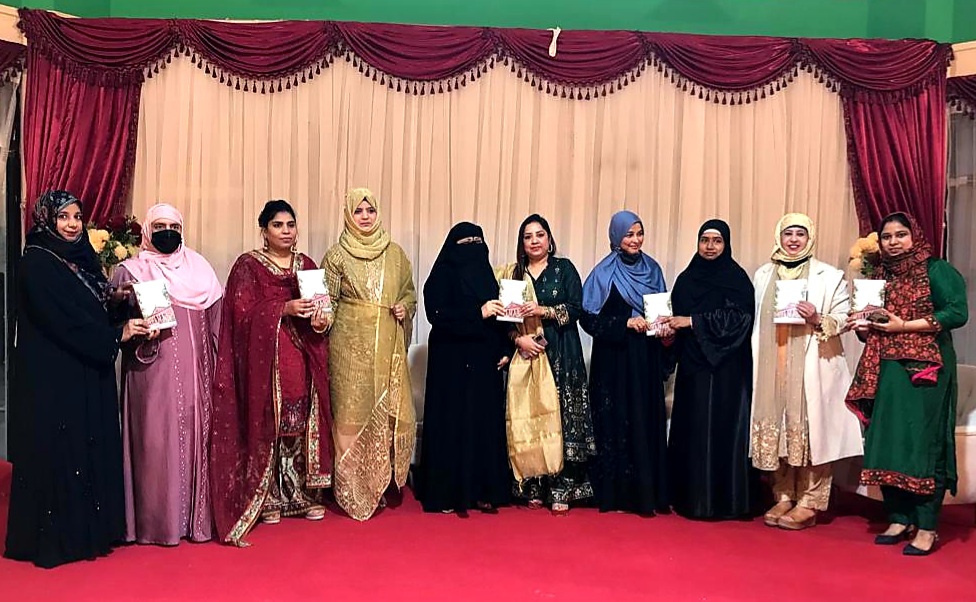 Dr Nadeem Zafar Jilani, the newly elected President of AMU ALUMNI Association Qatar unveiled the book in presence of executive members, dignitaries and senior Aligs. Dr Nadeem mentioned that this book is a must read for all who want to understand what the phenomenon called AMU is all about. Mr Jawed Ahmad,the outgoing President congratulated Mr. Wajihuddin for writing such an excellent book laced with history, anecdotes and references to contemporary issues. Mr. Mamnoon Bangash,senior Alig and executive committee member read some selected passages of the book for the audience. Dr. Jilani also mentioned that Wajihuddin informed him that this book is a tribute to the university where he has learned to think.The book, according to Wajihuddin, is an effort to revive the glorious past of the institution
Immediate past president of AMUAAQ Jawed Ahmad informed that Many friends have asked his opinion about the book, “Aligarh Muslim University: The Making of the Modern Indian Muslim” authored by Mr. Mohammed Wajihuddin. I was happy to know that the book has already made the presence worldwide with initial review and positive response lots of good wishes, messages and email is being received and they have requested me to provide the details to order copies for themselves and their libraries. I specially want to mention about page 184 where the newly elected president of AMUAAQ Dr. Nadeem Jilani forte of ‘Bait Bazi” is mentioned. The chapter 6- Glorious Past Precarious Present, chapter 8-Retrieving Sir Syed’s Mission, Death of a Dream and chapter 10 -To The Students of AMU holds a special interest to me. The chapter 6 touched me so much as we too planned to bring the off-campus of the AMU in Qatar for Engineering and Management courses and proposed the Vice Chancellor Prof. Tariq Mansoor during his visit to Qatar in 2018. Few conversations were initiated by us by involving Late Sushma Swaraj, then Ambasaddor H.E. P. Kumaran Dr. Hasan Chougule and Late Dr MS Bukhari but unfortunately that couldn’t proceeded as per university constitutuition
Mr. Ahmad informed about the years he spent at AMU in 1990-2000. He recalled how the intellectually vibrant atmosphere of AMU helped him for future challenges. In the pre-partition era, many elites sent their children to AMU to learn the rich culture along with acquiring degrees. They went there to imbibe a unique ethos which stayed with them till the end’
Dr Ashna (VP Ladies AMUAAQ) in her compering stated ‘It was my pleasure to go through this amazing book. I was nostalgic and overwhelmed with sentiments and emotions. The fascinating dress code of students studying in AMU mentioned in the introductory pages reflects the rich culture and ’tahzeeb ’inception in the young students of AMU. Indeed a page- turner for all the Aligs and as well as those who really value and admire the AMU legacy.
Newly elected committee members Dr. Syed Intekhab Alam, Mr. Mohammed Faisal Naseem, Mohammed Farman Khan, Farrukh Ali Farooqi, Ghazala Yasmeen, Dr. Shima Sadaf, Mohammed Nayeem, Abad Ahmad Khan and other attendess Mr. Viqar, Dr. Mosharraf Shamim , Anjum Hussan, Syed Shahabuddin, Khursheed Qamar, Imad also attended the ceremony.
At the end author of the book Mr. Wajihuddin thanked the organizers and office bearers of AMUAAQ for facilitating the first international launch of his book.