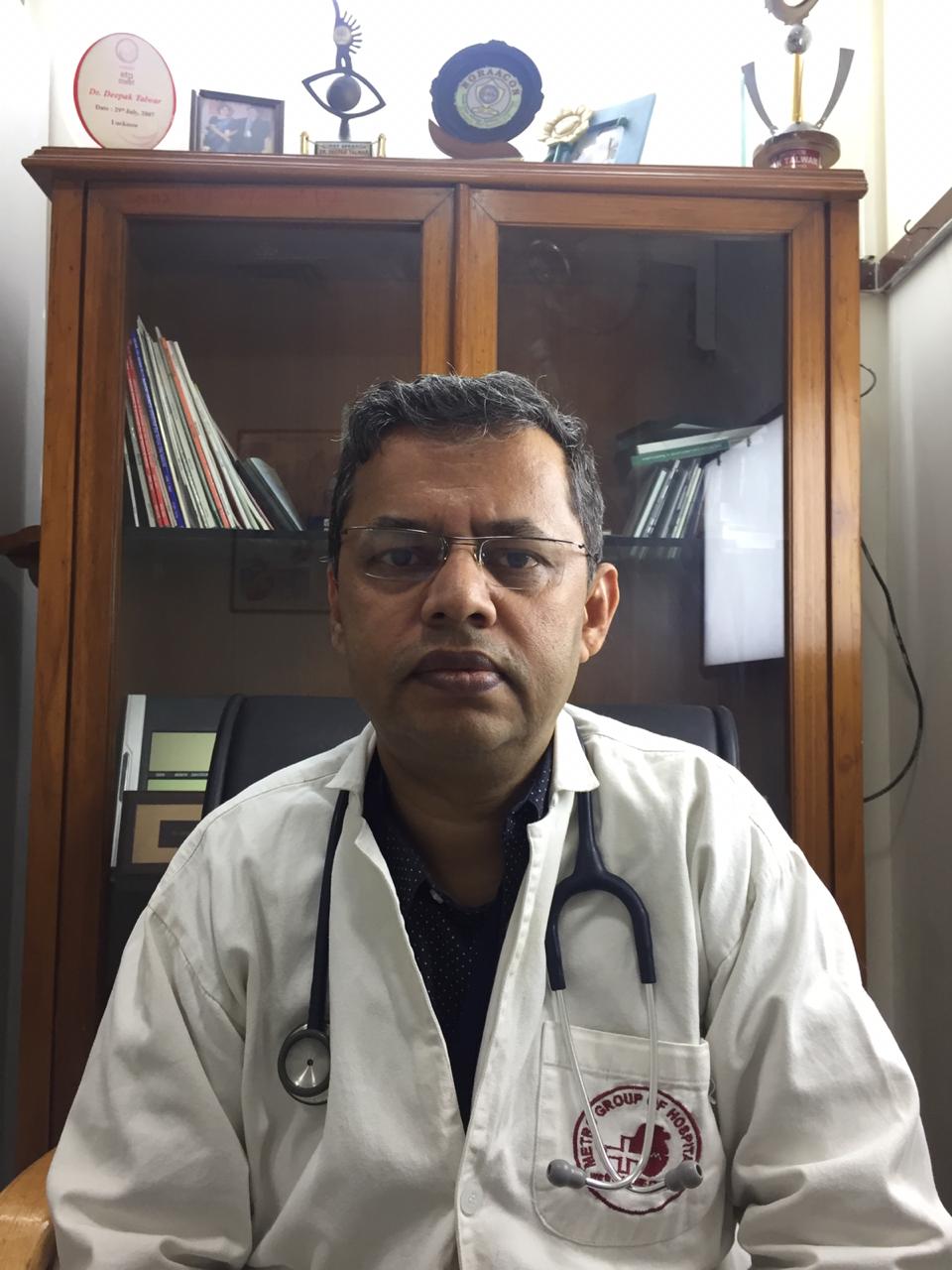 First Times In India, By An Indian Doctor

Screening the patients of Obstructive Sleep Apnea made easy& inexpensive

New Delhi: Many people take snoring lightly or as a joke; and most of the times embarrassed to talk about. But loud snoring—especially when accompanied by daytime fatigue—can be a sign of sleep apnea, a common disorder in which breathing repeatedly stops and starts as you sleep.Obstructive Sleep Apnea (OSA) is the most common type of sleep apnea. It occurs when the soft tissue in the back of the throat relaxes during sleep and blocks the airway, often causing you to snore loudly.

Despite being a common disease, OSA is under-recognized by most primary care physicians in India. Further diseases like Hypertension and Diabeties, further exacerbate the symptoms of OSA and make control of blood pressure and sugar more difficult.For years, sleep apnea wasn’t considered a serious health issue and many of its sufferers don’t even know that they have it.Because its primary symptoms include sleepiness and irritability, it can be dismissed as poor sleep choices by an individual and sleep apnea is much too often not considered in the clinical context. Many European countries have recognised sleep apnea as a serious health issue. For instance, getting the driving licence in these countries can be tough specially drivers working for public transport, long distance heavy vehicles on high way and school buses if you are diagnosed with OSA. One has to go through certain test and if not cleared the licences could be withdrawn. Unfortunately, India does not identify OSA as a critical issue. Many of the road accidents are caused due to OAS but they are never identified or reported. This becomes grave, keeping in mind the public safety.

Some of the methods to identify the symptoms for OSA is the Epworth Sleepiness Scale (ESS) which is a widely used for scoring; to measure excessive daytime sleepiness.The ESS is a tool, which evaluates subjective sleepiness. It consists of a brief questionnaire, which evaluates the probability of falling asleep in eight different daily life situations. Each of the eight items is scored with an integer ranging from 0 to 3, and the sum of the item scores is taken as a measure of subjective daytime sleepiness (range 0-24). A higher value than ten in the ESS reflects outcome. This scale was designed to be self-completed by the patients, but unfortunately in India with low literacy its outcome has been affected. To cope-up with the issue DR Azmat Karim and his colleague conducted the study funded by Ministry of Health, Government of India in a tertiary care Hospital.

Dr. Azmat Karim,Consultant Pulmonary Critical Care and Sleep Medicine, Metro Centre for Respiratory Disease, Metro Hospital and Heart Institute New Delhi highlighted“Keeping in view of the socio economic factors and high illiteracy in our country it was decided to translate the traditional ESS into pictorial scales and customizing it as per the needs of the Indian rural as well as urban class of population in different language. is an alternative of Polysomnography ( Sleep Test ) which is very Expensive an overnight Study not able to reach to every individual

The modified pictorial Epworth Scale (mPESS) can be used in Indian Subjects ( i.e. Busy OPD’S ) as a better, alternative of Polysomnography free of cost compare to Sleep test which is approximately 15000 easier to administer screening tool in patients with OSA. A timely diagnosis and proper treatment on time is strongly recommended to boost peaceful sleep which is an essential aspect for a good health. mPESS is a step closer to determine the OSA and begin its treatment, timely.

It has been observed and proven that instruction of medication or any utility, manual understanding of instructions have been shown to be better when pictures are used in conjunction with, or instead of ,the written words. Even in those with normal literacy skills. Such interventions are important as they can improve both understanding and compliance with medical treatment.Soon the app version will be available in on IOS and Aneroid, which will further simplify the diagnoses.

India is respected and regarded world over for its age-old values of peace and harmony embedded in its philosophy of Vasudhaiva Kutumbakam: Vice President

University of Pretoria: UP’s Onderstepoort Veterinary Academic Hospital gets its…

Rhodes University: The Faculty of Pharmacy assists with vaccinations, registrations,…

University of Pretoria: UP’s Onderstepoort Veterinary Academic Hospital gets its…

iednewsdesk Jul 28, 2021
The Onderstepoort Veterinary Academic Hospital (OVAH) of the University of Pretoria’s (UP) Faculty of Veterinary…

Rhodes University: The Faculty of Pharmacy assists with vaccinations,…