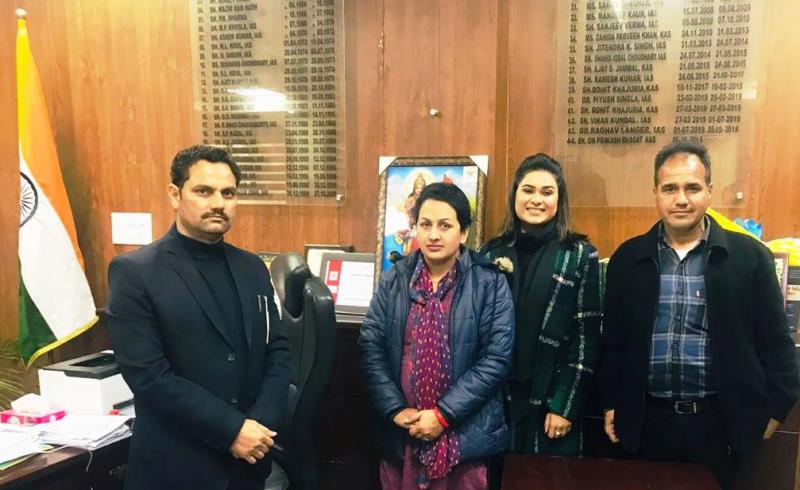 Kathua: The first Woman Driver of the Union Territory of Jammu and Kashmir Pooja Devi today called on Deputy Commissioner Kathua Om Prakash at his office.

It is pertinent to mention here that Pooja Devi of Sander area of Tehsil Basohli in Kathua District has become First Professional Woman Driver of Union Territory of Jammu And Kashmir.