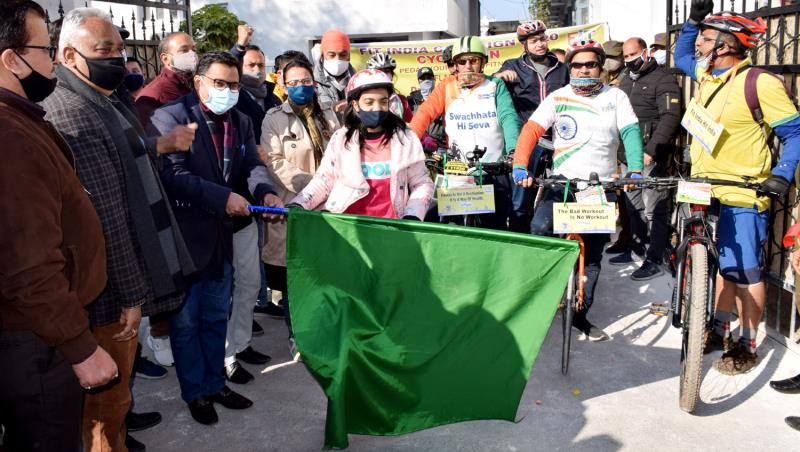 The DDC highlighted the importance of physical and mental fitness in the development of healthy society. He said that the main objective of organizing this awareness rally is to sensitize the common masses about the Fit India campaign launched by the Government of India. He said that cycling is the best way to keep the body fit and healthy. He further added that the campaign is aimed at encouraging people to include physical activity and sports in their day today life to stay physically fit and active in order to contribute to nation building.

He said that it is ‘our collective responsibility to be a part of Prime Minister’s nationwide campaign regarding fit India movement. He also appealed to the common masses of the district to actively participate in the campaign.

Dir Horticulture flags off group of orchardists for training