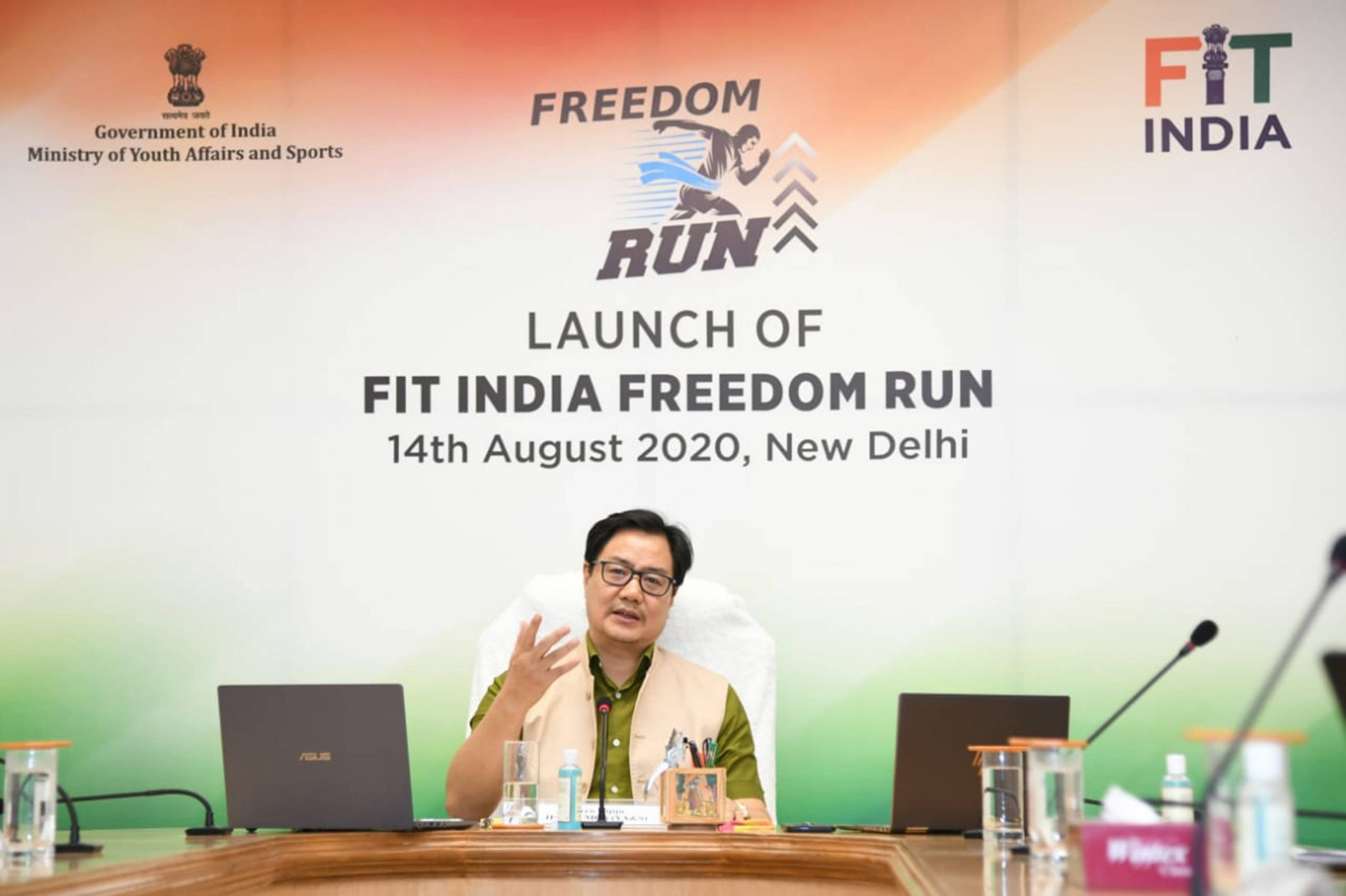 Fit India Freedom Run receives massive support from all sections of the country, promises to become a fitness phenomenon

New Delhi: Union Minister of Youth Affairs and Sports Shri Kiren Rijiju launched the Fit India Freedom Run through an online programme on Friday. The country-wide run promises to become a fitness phenomenon with a host of government and private organizations joining in to participate in it. In view of the nation-wide Corona pandemic, the Fit India Freedom Run has been ideated in a unique way. Participants can run at their own place (wherever they are) and at their own pace (at a time convenient to them) between August 15, the 73rd Independence Day and October 2, the 151st Birth Anniversary of Mahatma Gandhi.

YAS Armed forces including the Border Security Force (BSF), Indo-Tibetan Border Police (ITBP) and Central Reserve Police Force (CRPF) will participate in the largest country-wide run. They will be joined by the Indian Railways, CBSE and ICSE schools. Fitness corporates Procam and Goqii will also join hands. This is besides the participation from the 75-lakh strong volunteer base of the Nehru Yuva Kendra Sangathan (NYKS) and the National Service Scheme (NSS) of the youth affairs department, and the country-wide presence of trainees of the Sports Authority of India, all of who will run for a fitter India.

Lauding the participation of organizations from all across the country, Shri Kiren Rijiju said, “I am delighted to see such enthusiasm to participate in the Fit India Freedom Run. If we can galvanise all employees, their families and the larger community to participate in the run, it will be a fitting tribute to the spirit of Independence. It is the vision of the Prime Minister that the Fit India Movement should be a people’s movement. It is clear now that the vision has indeed turned to reality.”

“Like the Director General of BSF said, the BSF jawans and the people around the border areas will be running holding up flags in the early morning and there cannot be a better boost to your patriotism and this helps tremendously in the way you think and perform as a citizen of India. The culture in our forces is beautiful. It will be a massive exercise if our CRPF, BSF and ITBP forces lead the freedom run. This Freedom Run will be like a celebration and festival,” Shri Rijiju added.

The excitement is the same among the CRPF camp. “Every CRPF jawaan is happy they are getting involved in this run along with their families. The participation is expected to reach over 12 lakh. The jawaans will also promote the run in their nearby community. The CRPF Jawans have set a target of covering at least 1crore km during the Fit India Freedom Run. This is a testament of their courage,” said Shri Anand Parkash Maheshwari, Director General, CRPF.

Speaking of importance of the Fit India Freedom Run, Shri Vinod Yadav, Chairman of the Indian Rail Board said, “The Fit India Movement has indeed motivated our employees to take up fitness activities. This run promises to galvanize the entire country.”

JICA reaffirmed its continuous support to economic-social development of India