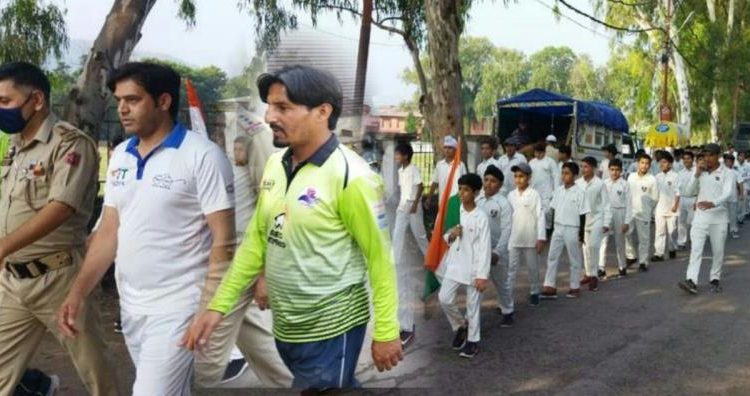 Scores of youth from across the length and breadth of the district Poonch participated enthusiastically in the Run amid chanting of slogans in favour of Fit India Movement and Azadi ka Amrit Mahotsav.

The SHO stated that Azadi ka Amrit Mahotsav is being organized across the Country by all the Governments, Ministries Departments and this event has been organized by Nehru Yuva Kendra Poonch. He further stated that the Prime Minister’s vision of making a New India will be Successful only with the active and able Participation of youth.

He further said that Self Sustenance and Development of the youth is one of the main agendas of the present Government.

The National Anthem was sung by all the Participants and Fit India Pledge was also administered to all the Youth.

The rally started from the College ground and culminated at the Police Station after passing through Boys Higher Secondary School, under the guidance of District Youth Officer, Nitin Hangloo.

Elaborating on the Programme, NYK Incharge Mohd Shafiq stated that Nehru Yuva Kendra Sangathan has been organizing Fit India freedom Run 2.0 under Azaadi ka Amrit Mahotsav throughout the country and in Poonch also different Block and Village level Programmes are being organised.