Professor Dame Jocelyn Bell Burnell received the Copley Medal, for her work on the discovery of pulsars, one of the major astronomical discoveries of the 20th century. 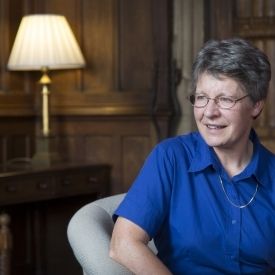 The money associated with the award is going to the Institute of Physics’ Bell Burnell Graduate Studentship fund – which provides PhD studentships for students from under-represented-in-physics groups. I set up this scheme as I judge that my success as a grad student (I was a grad student when I discovered the first 4 pulsars) was because I was suffering from imposter syndrome which I dealt with by working hard and very carefully and thoroughly.’

‘I judged that if other people who were equally in a minority were given a chance to do a PhD/DPhil they would probably also work like the clappers and make a mark on the subject.’ Professor Jocelyn Burnell

Professor Stephen Davies received the Mullard Award for his long and successful record in converting brilliant academic ideas to commercial successes with world impact in the biotech sector. 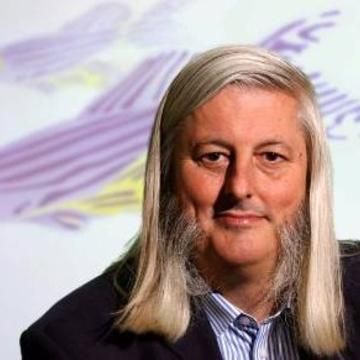 ‘Chemistry has always had a huge impact on treating human disease and will continue to do so in ever more profound ways. Imagine being able to activate the body’s innate repair mechanisms to regenerate tissues and organs in situ or to be able to find a viral deactivation treatment that is strain and variant agnostic; we are making significant progress towards both, and other, goals.’ Professor Steve Davies

Professor Sir Peter Donnelly was presented with the Gabor Medal for his pioneering work in the genomic revolution in human disease research, transforming the understanding of meiotic recombination, and for developing new statistical methods.

‘I am hugely excited by the potential for genetics and genomics to improve health and healthcare. Properly applied, it can lead to better choices of drug targets and to improve patient outcomes by making the system more efficient, more personalized, more effective, and ultimately more sustainable.’ 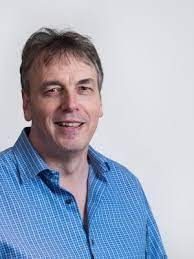 ‘There is a shift, across multiple disciplines, in the amount of outstanding scientific research that is being undertaken in commercial settings. I hope that the fact that this award has gone to someone working in a company will help draw attention to that, especially as early career researchers are thinking about what futures might be best for them.’  Professor Sir Peter Donnelly

Professor Dame Frances Kirwan received the Sylvester Medal for her research on quotients in algebraic geometry, including links with symplectic geometry and topology, which has had many applications. 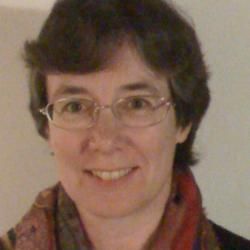 ‘I am honoured to receive this award, especially as it is named after one of my predecessors as Savilian Professor, James Sylvester. His work, over a hundred years ago, on what is today called invariant theory laid the foundations for my own work on geometric invariant theory.’ Professor Frances Kirwan.

Professor George Warimwe was awarded  The Royal Society Africa Prize for his work on zoonoses vaccine development, capacity building in Africa, and his innovative research proposal. He is currently working on viral infections that are transmitted between humans and animals in Africa with a focus on vaccine development for their control. While many of these viruses were first discovered in Africa, very little is known regarding their distribution, associated disease burden and viral genetic diversity in the continent.

‘I am honoured to receive this prestigious award from The Royal Society, and grateful to many colleagues with whom I work to advance human and veterinary vaccines research and development in Africa.’Prof. Warimwe. 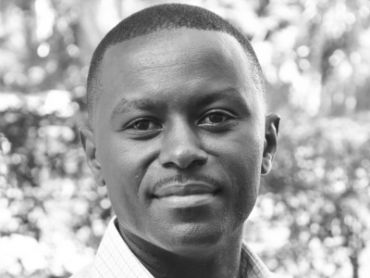 Sir Adrian Smith, President of the Royal Society, said: ‘Through its medals and awards the Royal Society recognises those researchers and science communicators who have played a critical part in expanding our understanding of the world around us.’

‘From advancing vaccine development to catching the first glimpses of distant pulsars, these discoveries shape our societies, answer fundamental questions and open new avenues for exploration.

On behalf of the Royal Society, I congratulate each of our award winners and thank them for their work.’