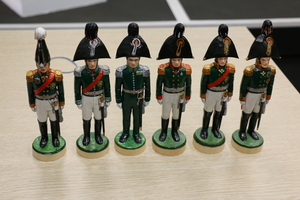 From March 22 to March 27, Petrozavodsk State University together with the Mytishchi branch of the Moscow State Technical University named after N.E. Bauman (MGTI) held the XXth International Conference of Young Scientists “Forests of Eurasia” in Petrozavodsk.
The opening of the conference took place at the “Boiling Point” of Petrozavodsk State University. The conference was held in a mixed format. More than 150 scientists and specialists from Russia, the Republic of Belarus, Bosnia and Herzegovina, the Republika Srpska, Finland, Kazakhstan, Poland, Ukraine, Kyrgyzstan, Hungary, China, Estonia, Iran and Sweden took part in it.
A.M. Kryshen, director of the Forest Institute of the Karelian Scientific Center of the Russian Academy of Sciences, noted:
An event like today’s one, where young people are present, where the wide geography of the event participants, various issues are considered and communication with each other and with the older generation is provided, raises the prestige of the forestry profession.

P.G. Melnik, associate professor of the Moscow Branch of the Moscow State Technical University, senior scientist from the Institute of Forest Science of the Russian Academy of Sciences, that the conference was held at a high level:
We were able to discuss the reports of the participants, get to know each other, and also visit the historical places of Karelia. In addition to plenary and breakout sessions within the framework of the “Forests of Eurasia” conference, we discussed the study of the peculiarities of integrated forestry management and innovations in the forest industry of Karelia.
Let us remind you that this year the conference was called “Karelian Forests” and was timed to coincide with the 180th anniversary of the birth of Professor MK Tursky, the 100th anniversary of the Republic of Karelia and the 80th anniversary of Petrozavodsk State University.
The conference participants visited the Kivach State Nature Reserve, the Ladoga Skerries National Park, the Ruskeala Mountain Park, the First Russian Resort Marcial Waters, the Urozero Educational Center, and got acquainted with modern methods of biochemistry. , molecular biology and genetics, innovations in the use of natural areas in ecological and recreational tourism.
Within the framework of the conference program, the results of the cross-border project of the Russia-Finland cross-border cooperation program ENI Karelia “Promotion of small and medium-sized businesses in the forestry sector between Karelia in Russia and Finland” were presented, the International School of Young Scientists was organized, agreements on international cooperation in the field of forestry were signed, science and education.
The International Conference of Young Scientists “Forests of Eurasia” is the largest youth conference with international representation on the problems of forests, forest science and education. Holding such conferences in various parts of Eurasia gives young scientists the opportunity to form their ecosystem outlook, get acquainted with the diversity of forest growing zones, the peculiarities of forest geography and innovations in the forestry complex.
The first conference was held in 2001 on the Mytishchi land in the Moscow region. And now it is annually held in different countries: Russia, Belarus, Poland, Finland, Ukraine, Hungary, Lithuania, Kyrgyzstan, Serbia, Bosnia and Herzegovina. The venue for the current conference was not chosen by chance, since the forest industry of the Republic of Karelia today occupies the first lines of forest management efficiency indicators, being an example of integrated forestry in Russia, worthy of familiarization to young scientists and industrial workers from different countries.
In the future, the conference organizers plan to continue their activities and preference will be given to projects that can acquaint young professionals with intensive forestry management, reflect the contrast of effective conservation of forest biological diversity, it can be transboundary reserves, national parks and other forest areas located in different countries. … Next year, 2022, the XXI International Conference of Young Scientists “Forests of Eurasia – Greater Caucasus” will be held on October 3 – 8 in the city of Makhachkala on the basis of the Mountain Botanical Garden of the Dagestan Scientific Center of the Russian Academy of Sciences.

During the conference, the ceremony of awarding the laureates of the “Wooden Soldiers” prize took place. The prize has been awarded since 2003 for the contribution to the development of forestry, for the support of young scientists.

The award was presented by the representative of the forest dynasty Pavel Grigorievich Melnik. He said:
The toy soldiers are specially made for the “Forests of Eurasia” conference. The Wooden Soldier Award is a long-standing tradition. Each soldier is handmade. The soldier is cut out of birch, signs individually in accordance with the historical form.

A new direction of study in the magistracy of PetrSU

Online survey for the RAEX-100 university ranking: tell us about PetrSU!