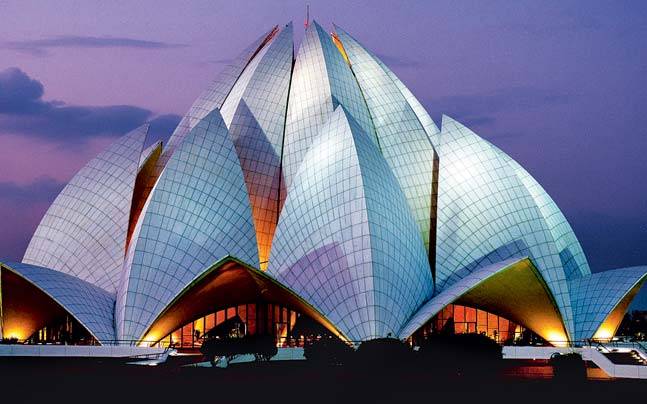 The Bahai or Lotus Temple in Delhi, completed in the year 1986, is a monumental structure shaped as the petals of the lotus flower. It was built by a renowned Canadian architect named Fariborz Sahba and took 10 years for planning the structure of the temple and implementing it.

The petals of the Lotus temple of Delhi are clad in white marble panels, and their structure has been reinforced with 300 tonnes of galvanized bars to avoid the risk of rust staining on the white concrete body. This also helped to maintain the pristine appearance of the monument and avoid cracking which is prevalent in Delhi because of the humid conditions of the city. Also, the reinforcement used in the white concrete shells, the binding wires and the connecting cables are entirely galvanized so as to prevent the long-term effects of rusting and to guarantee the life of the delicate shell structure of the petals.

Lotus temple is one of the best pieces of art of olden times, that has stood the test of time till today. The monument remains one of the major attractions and a prominent landmark which has won numerous architectural awards. Hundreds of millions of devotees from across the world have already visited Lotus temple and the structure is made to see many more millions in the coming hundreds of years.

Hindustan Zinc is India’s only and world’s leading Zinc-Lead-Silver Producer..