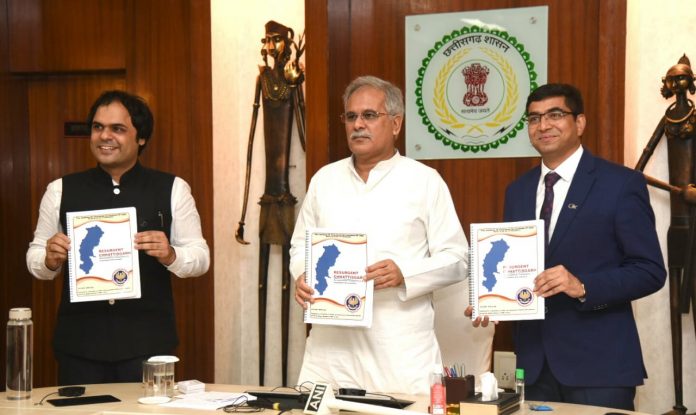 Raipur: Procedure to constitute Chhattisgarh Culture Council has been commenced as per the decision of Chief Minister Mr. Bhupesh Baghel, with the objective to save, cherish and promote the folk arts and culture of Chhattisgarh. After 20 years of state formation, initiative has been taken to make integrated efforts under the same roof for development of art, music and literature in Chhattisgarh. The formation of Chhattisgarh Culture Council has been duly approved in the cabinet meeting held on Tuesday, under the chairmanship of Chief Minister Mr. Bhupesh Baghel. All the units of the Culture Department will be integrated under this council.

Before the formation of Chhattisgarh state, all cultural activities in Chhattisgarh were conducted from Bhopal. After the formation of the state, Chhattisgarhi got recognition as official language. Many institutions were also established, but due to lack of coordination, the desired results in the direction of cultural development could not be achieved till date. He said that his government has worked from the very beginning to instill a sense of pride in the culture of Chhattisgarh. Chhattisgarh not only announced holidays on festivals like women’s festival Teeja, farmers’ festival Hareli and Govardhan Puja, but also commenced the tradition of celebrating these festivals in his residence office. Decision has been taken to prepare text books in Gondi, Halbi language for imparting education in schools. To preserve indigenous cuisine of the state, Chhattisgarh Government has decided to establish Garhkaleva in all the districts. However, all these activities should be conducted in an organized manner so as to achieve the best possible results in the direction of preserving the art and culture of the state. Hence, the decision to constitute Chhattisgarh Culture Council as a composite platform has been taken.