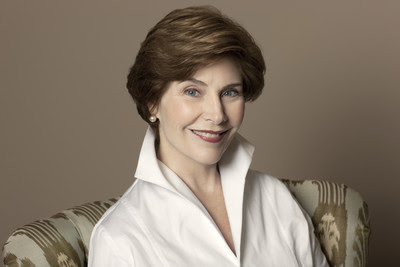 Laura Bush is a leading voice for spreading freedom and promoting human rights across the globe. For more than a decade, she has led efforts through the U.S.-Afghan Women’s Council to protect the hard-earned rights of women in that country. As First Lady, she made three trips to Afghanistan and in 2001 she delivered the President’s weekly radio address — a first for a First Lady — to direct international attention to the Taliban’s oppression of women. In 2016, she wrote the introduction to the book We Are Afghan Women: Voices of Hope published by the George W. Bush Institute. She has also played an important role in the establishment of the American University of Afghanistan.

In announcing the appointment of First Lady Laura Bush as a Patron of the University, AUW Chancellor Cherie Blair commented, “Laura Bush has been one of the most persistent and effective champions of girls and women and others who fall on the wrong side of privilege. She brings an enormous amount of compassion and dedication to her work in support of women, and she makes a significant impact. She does all of this without ever pausing for fanfare. Laura Bush is the emblem of a great soul. AUW is absolutely privileged to have her support for our common cause of educating women from across the developing world.”

In accepting her role as Patron of Asian University for Women, First Lady Laura Bush said, “The inclusion of women in all aspects of society strengthens and improves the stability of their countries. Asian University for Women recognizes that investments in the success of women are investments that pay off, and that educating women has the power to change the world.”