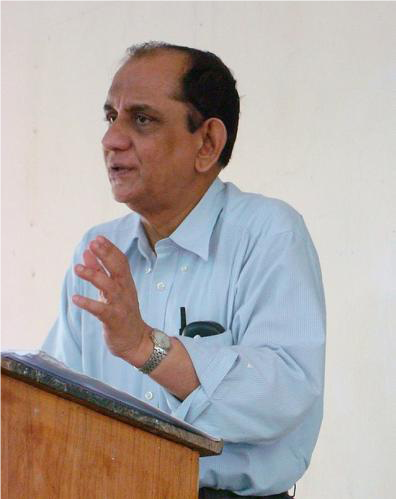 Chennai: Former Indian Institute of Technology Madras (IIT Madras) Faculty, Prof. KA Padmanabhan has been selected for the ‘Life Time Contribution Award in Engineering 2020’ by Indian National Academy of Engineering (INAE) in recognition of his contributions to the development of engineering in India.

The honour will be conferred during INAE’s Annual Convention to be held virtually from 17th to 19th December 2020. INAE functions as an apex body and promotes the practice of engineering and technology and the related sciences for their application to solve problems of national importance

A former Director of IIT Kanpur (1997-2001) and Dean of Academic Research at IIT Madras (1996-97), Prof. KA Padmanabhan has nearly 48 years of experience in research and development, consulting and teaching in materials science and engineering.

Prof. KA Padmanabhan is at present a Professor of Eminence (Honorary) at Anna University, Chennai. He is also a Member, Research and Innovation Advisory Board (RAB) of Tata Consultancy Services (TCS) as well as its Research Advisor.

Prof. Padmanabhan is credited for establishing the Centre for Continuing Education at IIT Madras and was its Founder-Chairman during 1986-90. In 1984/85 he received a grant of DM 3.2 million from the Federal Ministry of International Cooperation (BMZ), Germany, through its implementing agency, GTZ (Agency for Technical Cooperation), for the establishment of an Indo-German Materials Testing Facility at IIT Madras.

He was moreover, the Founder Chairman of GATE (Graduate Aptitude Test in Engineering) – the qualifying test for admissions with scholarship to higher technical educational institutions in India – on behalf of the Ministry of Education, Government of India, for the first and the second GATE examinations of 1983 and 1984.

He was also a Visiting Professor during different times at the Universities of Aachen, Darmstadt, Erlangen and Karlsruhe Institute of Technology/ Institute of Nanotechnology, Germany. During January – December 2009, he was the Mercator Professor of DFG at the Institute of Materials Physics, University of Muenster, Germany

He started his professional career in April 1972 at the Institute of Technology, Banaras Hindu University (now IIT Varanasi) where he was a Lecturer (1972-74) and Reader (1974-79). In January 1980 he joined IIT Madras as the Professor and Head of Metal Forming Laboratory. During 1982 – 85, he served as the Head of the Department of Metallurgical and Materials Engineering at IIT Madras.

Prof. Padmanabhan obtained his BSc. (Metallurgy) – a five-year integrated degree program in Metallurgical Engineering – from Banaras Hindu University (India) in 1968, securing the first rank in the university and (all possible) three Gold Medals and his PhD from the University of Cambridge, U.K, in February 1972.